2019 ‘Things That Really Matter Awards,’ for Good Guys Who Did Things to Benefit Society – and (Incidentally) Received Good PR 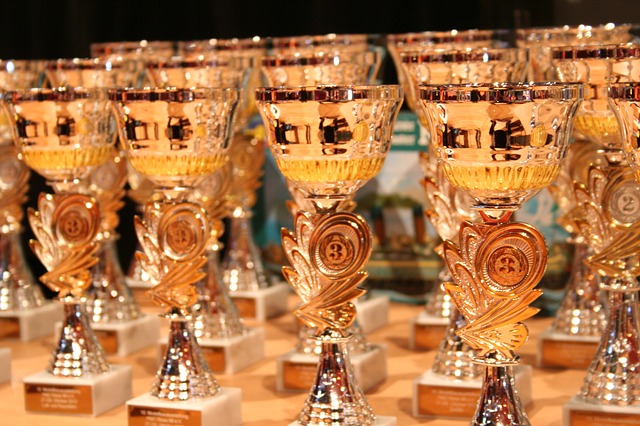 It’s that time of the year when media rehash what they believe are the biggest PR blunders of the year.

As William Shakespeare wrote in Julius Caesar, “The evil that men do lives after them; the good is oft interred with their bones.” Last year, on this website I created my first Good Guys list because I believe that the good that people do should be honored while they are living. Thus. my second annual “Things That Really Matter Awards.” Most of the awards are to individuals who spoke truth to power.

Mitt Romney, the Republican senator from Utah, is first on this year’s list due to his op-ed in The Washington Post, in which he said that President Trump divides the public instead of trying to unite it.

What made Romney’s views noteworthy is that by speaking out he was assured of being attacked by the president and might have derailed chances for an important position in the Republican caucus, which has largely refused to speak publicly regarding the president’s divisive actions. Romney continued to earn points throughout the year for his courage in detailing the transgressions of Trump.

Other truth seekers quickly earned an award on my list:

David Frum, the former speech writer for George W. Bush and now a political commentator, for opining about the inadequacy of cable TV political reporters on CNN’s Reliable Sources Jan. 6 program. He said networks like this give substantial airtime to people who normally should be – would be – working for the Home Shopping Network, before he was interrupted in mid-sentence.

And a place on the list to CNN for not editing out Frum’s comment from the program’s online transcript.

Chris Wallace, on his Jan. 6 Fox program, for calling out Sarah Huckabee Sanders for lying about the number of terrorists that were stopped at the Mexican border.

NBA player Enes Kanter, who is Turkish, for speaking out against the totalitarian actions of President Erdogan of Turkey.

Last year, I placed Larry Fink, chairman and CEO of BlackRock, the money management firm, first on the list. In letters to CEOs of public companies, Fink said that, in addition to achieving strong financial performance, public companies must show they make a positive contribution to society or risk losing his firm’s support.

Mr. Fink has again gained a place on this list because of a letter he sent to chief executives, saying that businesses cannot merely have a purpose. They must be leaders in a divided world.

Tricia Newbold, who worked for 18 years in the White House during Republican and Democratic administrations, deserves a place on the list for disclosing that White House officials overruled recommendations to deny security clearances to 25 individuals.

An op-ed in the May 6 New York Times titled Big Tobacco’s Latest Ploy won a place on the list for Alex Bogusky, co-founder and chief creative engineer of the advertising agency Crispin Porter Bogusky. In the article he pointed out that Big Tobacco, as it did 20 years ago, continues to use misleading tactics, this time to encourage teen-agers to use e-cigs, vapes and other nicotine delivery devices — with the help of ad agencies.

FBI Director Christopher Wray for having the courage to say that he does not consider court-approved FBI surveillance spying, despite his boss, Attorney General William Barr, saying otherwise.

A shout out to David Calhoun, the lead independent director of Boeing’s board, for telling The New York Times, “There’s only one thing to do, and that’s to get a safe airplane back up in the sky. I can’t message my way into it,” instead of using PR talk, or corporate talk like most companies in PR crises.

An award to Boston Red Sox pitcher David Price: After a young child was injured by a foul ball, Price called for nets along the base lines to protect spectators and told The New York Times, “It stinks that we have to have this conversation. We knew that something like this would have to happen – probably with a small child – for action to be taken. It takes something extreme to have something happen. I couldn’t imagine that being my son.” (Price’s wife and two-year-old son do not watch a game from the stands. They watch from a suite).

Andrew Ross Sorkin, for his thoughtful New York Times column on Aug. 6 in which he suggested that powerful companies use their economic muscle to fight gun violence. His original thinking is the opposite of how the cable TV industry views gun violence: As an audience builder with stale boiler plate programming.

It’s not usual for the U.S. television business to show courage. But the long running series South Park deserves to be treasured for standing up to totalitarian China and not censoring its product, unlike the National Basketball Association which originally kowtowed to the regime. Later, under public pressure the NBA defended free speech.

Shaquille O’Neal, the former NBA star, now a basketball analyst, for defending free speech after the league criticized Houston Rocket’s General Manager Daryl Morey for his tweet supporting freedom in China. Unlike other NBAers who kept quiet during the controversy, despite their history of speaking out on social and political issues, O’Neal said, “Whenever you see something wrong going on anywhere in the world, you should have the right to say, ‘That’s not right.’” Adding emphasis to O’Neal’s remark was that he said it on TNT’s opening night NBA basketball season program.

Readers of my columns know that for the most part I believe that cable news political reporting is substandard, to put it politely. But every once in a while, praise is warranted. Rachel Maddow and Chris Hayes, both prime time MSNBC hosts, had the courage to report favorably on Ronan Farrow’s investigative reporting regarding Harvey Weinstein, even though the reporting criticized NBC.

A place on the list for Twitter chief executive Jack Dorsey for banning political ads because of their potential to include false information His decision contrasts from Facebook’s Mark Zuckerberg, who defends his company’s decision to run ads even if they know they are untruthful.

What I know will be a controversial award to “Anonymous” for his book detailing the behind the scenes immoral doings of President Trump. The writer has his own reasons for not speaking publicly. There is a good reason for his not doing so. Going public would end the person’s ability to report on-going dishonest activities.

I feel that it’s more important to make the information public and let others follow up on the disclosures than to know who wrote the book. Both The New York Times and the book publisher know the writer. Many news stories use confidential sources known only to the reporters and their editors. That’s the only way corrupt activities can be exposed without endangering the leaker. In the height of hypocrisy, some political commentators who attacked the book don’t hesitate to use anonymous sources to their advantage.

Former Fox newsman Shepard Smith deserves a special place on the list for advocating independent journalism at the annual dinner of the Committee to Protect Journalists. In addition to speaking out, Mr. Smith surprised the attendees by announcing his personal contribution of $500,000 to the organization.

And a special award for all the journalists who kept investigating and reporting the facts despite being called liars almost daily during the year.

There is an important lesson to be learned from the actions of these individuals: Claims that the media only reports negative news are not true. Over many years, I’ve crafted media approaches that have gained positive publicity.

In order to obtain favorable coverage for clients’ PR practitioners should: