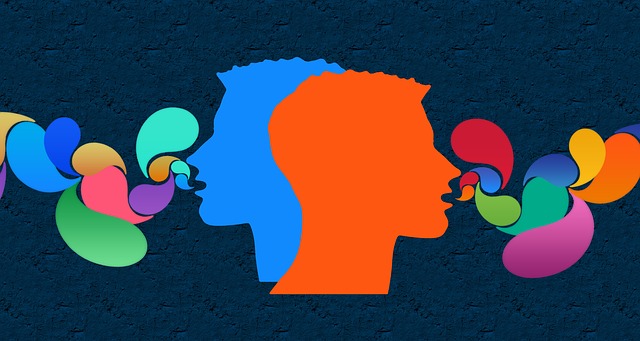 When I left journalism for public relations because New York City dailies I worked at ceased publication, it took me a while to adjust to writing business propaganda disguised as news. (Merriam-Webster definition of propaganda: the spreading of ideas, information, or rumor for the purpose of helping or injuring an institution, a cause, or a person.)

Before the PRSA gets all worked up, propaganda can be used for good as well as bad purposes. In fact, during my international PR experience, many journalists in Europe and Asia did not think that the word had a bad connotation. Propaganda to those journalists simply meant that the information is disseminated by a public relations firm.

Since my first job in PR was at a political firm, propaganda was practiced every day. The propaganda was issued by or on behalf of politicians, so it was clear to everyone that statements and releases were meant to convey a particular point of view. Today pundits (and even some journalists) on cable TV disguise many of their propaganda messages as news or independent commentary.

The small but respected political PR firm I worked at would not condone issuing misleading information or factually wrong press releases. Dirty tricks were a no-no. Maybe that’s why it never evolved into a major agency.

Unlike owners of other agencies, the owner of the agency believed in truth, decency and honesty. At political strategy meetings he would talk about being faithful to yourself so you would never regret any action you took.

“We are not criminal defense lawyers,” he would say. “We don’t lie, disguise or defend wrong doing. We don’t represent sleazy clients. If you feel that you disagree with a client’s position let me know and we’ll work it out.”

The agency’s policy was to answer reporters’ questions in plain English. The response had to pertain to the query. Talking around a reporter’s question was not permitted. Being forthright had many advantages. Reporters and editors looked favorably upon our requests when pitching a candidate or brand and corporate clients. We were often called to see if our clients wanted to contribute to round-up stories. Reporters took our calls; our pitches were always listened to. In short, journalists trusted us as a valuable source of information. Because we never misled them, they did us favors when we needed a “hit.”

Today, anyone who watches the occasional White House press briefings by Sarah Huckabee Sanders has witnessed a master’s course in how to not answer questions or treat reporters.

Instead of giving a direct answer to a reporter’s question, Sanders, as did her predecessor Sean Spicer, employs the ridiculous PR tenet of trying to turn a negative question into a positive answer. That only antagonizes the reporter – and the viewing public. Camouflaging an answer to a reporter’s direct question is nothing new. It has been a staple of PR people when questioned about client problems long before Trump was president. Answer avoidance happens in business too frequently.

Some corporate talk created decades ago should have been trashed, but still unfortunately survives. One that has always bothered me is the “non-answer answer” known as boilerplate statements.

Below are a few examples:

Neither Admit nor Deny Guilt

Perhaps the most long-lived and nonsensical boilerplate response is issued by corporate America when reaching a financial settlement with the Feds for wrongdoing. The standard statement is, “We neither admit nor deny guilt,” whatever that means. Mouthing predictable PR statements earned Paul Parilla, former chairman of the USA Gymnastics Board of Directors, a place on my long list of transgressors. A New York Times article regarding the sexual assault charges and victim statements against USA Gymnastics, quoted him as saying, “The entire leadership of U.S.A. Gymnastics shares the USOC commitment to promoting a safe environment for athletes, and we take its views very seriously.”

Boilerplate statements like this, without any empathy or admission of wrongdoing or corrective measures, represents the type of PR jargon that should never occur. It positions a person or organization as uncaring and unsympathetic to the injured individuals.

A spokesperson for the U.S. Olympic Committee, responding to a Wall Street Journal article headlined, Athletes Call for Overhaul said, the committee’s “…top priority is to protect, support and empower every athlete in our community.” That boilerplate response has little to do with the reality of the situation. And how exactly did the USOC plan to “empower every athlete?”

When responding to a reporter’s question about its troubles with banking authorities, Wells Fargo used the same boilerplate playbook as the USOC. As reported in the March 24-25 Wall Street Journal, it issued a statement regarding the bank’s risk management. “Strengthening and transforming how we manage risk is a top priority for Wells Fargo,” the spokeswoman said. “While more work is underway, we’re making meaningful progress that is allowing us to better serve our customers and enable our team members to more effectively manage risk across the company.”

Can’t anyone just say: “We’re sorry. We made a mistake and we’re fixing the situation.” Or is speaking as most people do against the rules of PR? It makes Facebook CEO Mark Zuckerberg’s crisis statement of, “We have a responsibility to protect your data, and if we can’t then we don’t deserve to serve you,” seem as if he were speaking person-to-person instead of through a corporate megaphone.

\After all the duplicity revealed about Facebook’s actions, people might dismiss Zuckerberg’s comment, but do you believe any other of the boilerplate statements given to the media over the decades?

Journalists try to write concisely to communicate clearly. That’s still the essence of reporting. Obviously, writers of corporate responses to crisis situations don’t agree. They write in “corporate talk” and boilerplate. That makes the overwhelming majority of their responses lack credibility and seem less than sincere. The typical corporate speak is as believable as Sarah Huckabee Sanders’ replies to reporters’ questions during her press briefings. Maybe that’s why the PR business is held in disdain by a large percentage of the public.

Is it the PR staff, the legal department or top-level decision-makers who are at fault?
Ultimately, client decision-makers – C-level executives — must insist that their organization’s responses to public crises provide direct answers. They must instruct their PR and legal staff to avoid drafting statements that avoid answering the question by dancing around the issue. Slithering corporate speak and boilerplate answers ultimately undermine credibility and damage the corporate reputation.

Conversely, PR has the obligation to educate the C-suite on the dangers of obfuscating and boilerplate in crisis communications responses – and to advocate for forthright responses.