Distrust of News on Social Media Crosses the Partisan Divide 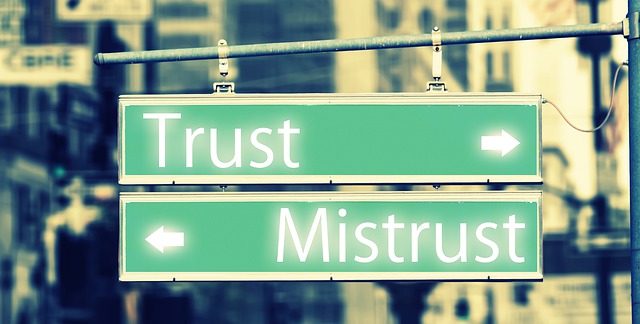 In these times of partisan disagreements, Democrats and Republicans agree on at least something. Neither group trusts social media as a news source, according to a new survey by the Pew Research Center.

With distrust running high, PR and corporate communications professionals may be able to dispel fake news stories about their brands more easily. However, PR and marketing pros may also face greater difficulty convincing social media users to accept their brand messages in some cases. While the Pew survey focuses on political and election news, social media users likely place little trust in other types of news that circulate on social media. The findings strengthen the case for using traditional media sources to distribute corporate news and the business community making more strenuous efforts to refute fake news.

Facebook, the most widely used social media site for obtaining political and election news, is distrusted by about six-in-ten U.S. adults. It’s equally distrusted by Democrats and independents who lean Democratic and Republicans and independents who lean Republican. Almost half of U.S. adults also distrust Twitter, and about four-in-ten distrust Instagram.

The findings are ironic since many people obtain much of their news from social media.

A quarter of adults use Facebook as a source for political news. Its used less widely as a news source than Fox News, CNN and other major commercial TV news outlets but more than major newspapers, such as The New York Times or The Washington Post.

Other sites most commonly used for political news include YouTube (17%) and Twitter (14%), with the rest in single digits.

Overall, 18% of U.S. adults cite social media as the “most common” way they access political news. That group expresses more trust in social media as a news source and shows less concern about the spread of fake news.

More than half of the group (56%) also says they trust the information they find on social media a lot or some, compared with 20% of other adults. While 37% of those who prefer to consume news through social media say they are very concerned about the influence of made-up news during the election, half (50%) of other U.S. adults say the same.

Divides are even more pronounced between conservative Republicans and liberal Democrats. In addition, the partisan polarization has increased over the last five years as Republicans have grown increasingly disillusioned with news sources, while Democrats’ confidence in them has remained stable.

About two-thirds (65%) of Republicans and Republican leaners say they trust Fox News as a source. Sixty percent say they got political or election news from a Fox News station in the past week. Republicans who rely on Fox News have largely tuned out other news channels,

In a sign of today’s deep partisan divide, no single media source is trusted by more than 50% of the population.

More brands will take that partisan divide into account when they craft and distribute their PR and marketing campaigns. More companies may intentionally take sides on a divisive issue if they believe their core audiences stands on one side of the divide – and distribute their communications in news sources that express similar views. In the election cycle, most PR and marketing departments will quickly counter assertions their organizations endorse particular politicians or political stands.

Bottom Line: With distrust of social media high on both sides of the political divide, PR teams monitoring social media for fake news stories about their organizations may be able to counter fabrications more easily. Lack of trust of news media outlets could also hamper efforts to promote corporate messages. PR, marketing and corporate communications departments and agencies may best serve their clients by staying neutral in the political divide and making stronger efforts to limit the spread of fake news.