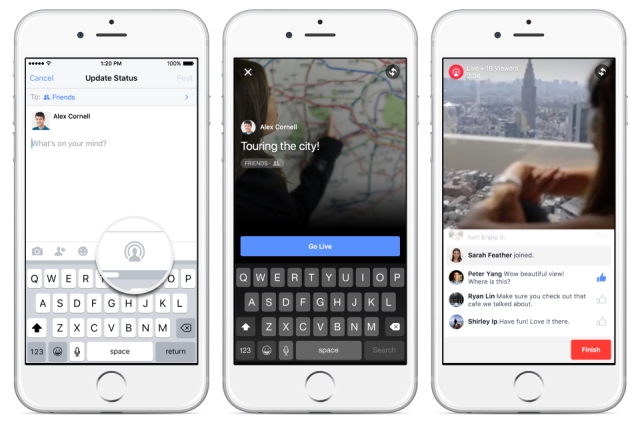 Facebook Live may offer a new and valuable media relations options for PR pros. Facebook recently began promoting its live streaming service and has started paying major publishers like BuzzFeed, The New York Times and the Huffington Post to use the feature.

“We’re working with a few partners, and in some of the cases that includes a financial incentive,” Fidji Simo, the product director in charge of Facebook’s Live video push, told Re/code.

In response, editors at many publishers are hunting for live streaming topics. Aggressive PR pros can now arrange client interviews and appearances with major media companies through Facebook Live.

Facebook Live can replace in-person meetings with reporters and editors, Beltran says. In-person, or “deskside,” meetings afford irreplaceable relationship-building time, increase the likelihood that editors will accept pitches and help PR understand each publication’s editorial policies and interests. However, deskside meetings are now more difficult to schedule than ever due to downsizing or vanishing traditional media outlets. Facebook Live offers a viable alternative.

The live videos are not the same as live TV, even if your client sits in front of a camera next to a host, she notes. Most outlets prefer to stream longer than 20 minutes. Advise your clients there won’t be any breaks.

The live video appearances are rarer outside the New York City area. However, PR pros can suggest Facebook Live appearances on media outlets’ anchor and personality pages, until it becomes more widespread.

Observers have noted the recent push of publishers into Facebook Live. After all, the network’s algorithm’s grants the live videos priority, which thrusts them into users’ feeds whether or not they wish to view them. People may not watch them long. Quality is uneven, to be generous.

“Publishers seem to be all over the place with Facebook Live videos,” Fernanda Suarez, senior social media marketing manager at Huge, told Digiday. “But none of them make me stop scrolling. Most of them are jumping on it with no objective.”

One common complaint is that videos are too long. “Social is about getting to the meat of the content quickly,” said Suarez. “Don’t be scared to be brief and get to the point quickly — there’s too much buildup and white noise where there’s nothing going on.”

In a foreboding move for publishers, Facebook just changed its News Feed algorithm to place greater priority on posts of users’ friends and families than posts from publishers. The impact could be substantial. Many publications fear their reach will drop. “Overall, we anticipate that this update may cause reach and referral traffic to decline for some Pages,” stated Lars Backstrom, Facebook engineering director in the company’s announcement.