How General Mills Answered Negative Buzz to its Bee Campaign 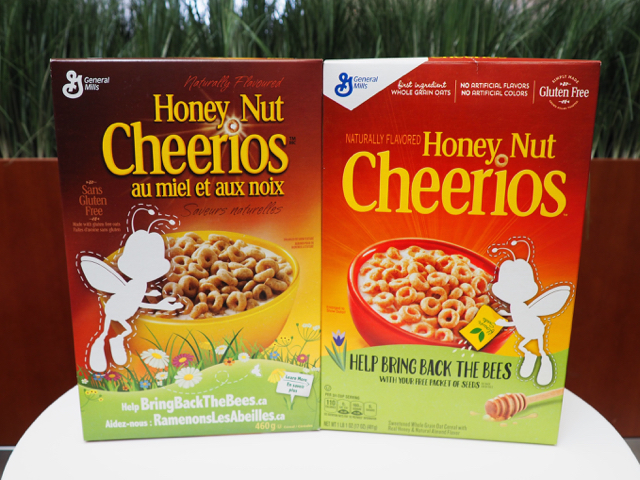 The General Mills reaction to negative buzz surrounding its Bring Back the Bees campaign demonstrates how a measured response can be the best strategy.

In an effort to raise awareness of declining bee populations, General Mills removed Buzz, its Honey Nut Cheerio mascot, from the cover of the cereal box. Only a white silhouette of the bee character remained.

General Mills gave away wildflower seeds to educate the public about the critical role of bees as pollinators. Its goal was to help Americans and Canadians plant 200 million wildflowers to increase the natural pollination habitat for the struggling bees. The campaign surpassed its goal in one week by an “un-bee-lievable amount,” sending out 1.5 billion seeds through its partnership with Canadian company Veseys Seeds Ltd.

However, the Honey Nut Cheerios brand felt the sting of critics who charged that some of the seeds do more harm than good to the environment. In some locations, some of the plants are considered invasive pests. The California poppy is listed as an invasive plant in Southeastern states, one ecologist told LifeHacker. In addition, many of the flowers are not native to the US so are not necessarily good matches for local bee population, LifeHacker asserted.

Not surprisingly, the viewpoint spread like a weed across social media.

Monitoring social media every day enables organizations to identify potential problem such as this.

“In most locations, the seed mixture species will be non-native but not considered invasive,” said John Barrett, director of sales, marketing and development with Veseys. To be invasive, a species has to be non-native and have the tendency to spread and threaten the environmental, economic or social health of an area, Barrett explained. He also attempted to squelch social media rumors that the seeds were genetically modified and that his company is owned by Monsanto.

Unfavorable views can spread weed-like on social media, regardless of whether or not those views are based on facts. Brands typically feel compelled to respond. However, responding too forcefully can sometimes increase the controversy, cautions Alex Slater, founder and managing director of the Clyde Group.

The Cheerios response provides a superb example of a measured response, Slater writes in Entrepreneur. Brands have a range of possible PR crisis tactics at their disposal, but over-reaction can needlessly increase controversy. Sometimes a subdued response is best. General Mills effectively combined technical language with sympathetic concern and acknowledged the issue without fueling the controversy.

Slater advises corporations to first issue reactive statements to correct unsubstantiated negative claims about a company policy or product. Statements should be straightforward as possible until circumstances warrant further action.

“Providing answers to the public is a necessary step that should happen immediately following any news that is less than favorable,” Slater says. “But, it’s equally important to understand when a situation is really a crisis and when it’s simply a fleeting conversation in an ocean of social chatter.”

Bottom Line: Even well-intentioned corporate actions come under fire — and criticism is often unsubstantiated. PR pros have an arsenal of possible counter-attacks, but that doesn’t mean they should use them. The Honey Nut Cheerios response to allegations about its free wildflower seeds demonstrates how a restrained response can be the best course of action.