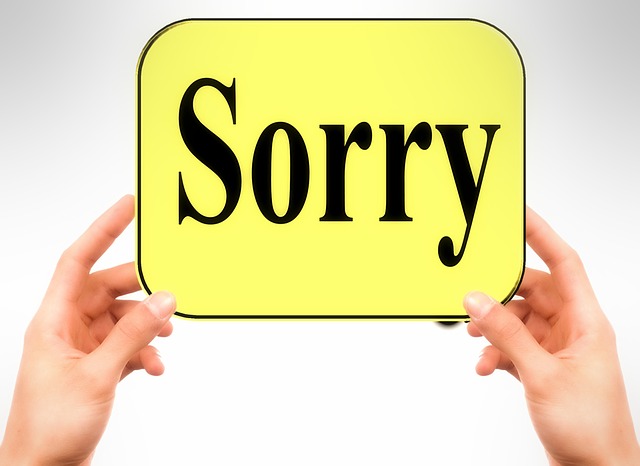 Reputation management experts say that a print-only strategy is no longer adequate and broadcast apologies have become obligatory to earn back consumer trust. Social media spreads negative stories to more people more quickly. It has also changed the environment by giving customers a place to share their grievances and spread their views. As a result, companies feel more pressure to respond and engage and have cast aside legal counsel to avoid apologizing for fear that admitting guilt would increase legal liability. PR and crisis management consultants can now more easily convince corporate leaders to publically apologize and even pay for apology ads.

Facebook, Uber and Wells Fargo now judge their PR situations grim enough to warrant expensive television ads. It may be too early to know if the ads will improve public trust and sentiment toward the brands. The companies are employing online polls, focus groups and social media monitoring to measure the impact of their campaigns.

Responses from media pundits and PR experts ranged from sarcastic to critical. The first step of an effective apology is admitting wrongdoing and accepting blame. The slick productions, filled with smiling customers, fall short in that regard. While commentators called them “apology ads,” none mentioned the word “apology” or “sorry.”

Facebook is trying to restore public trust after app provider Cambridge Analytica collected data from millions of users without their knowledge or permission. Problems with pervasive fake news and reports of Russian election interference have deepened the loss of consumers’ trust in Facebook.

Facebook’s ad bemoaned how the once blissful network was spoiled “when something happened. We had to deal with spam, clickbait, fake news and data misuse.” The company will protect data privacy to return to the good old days of connecting friends, the ad vowed.

Expected continue through the summer, the campaign includes ads in digital and print outlets, billboards, movie theaters and mass transit. Facebook spent almost $30 million on just the TV portion of the campaign as of May 29, The Wall Street Journal reports.

Trust Our Cowboy Past

The Wells Fargo ad, filled with black and white images of stage coaches and steamboats, relies on the bank’s long history as it vows to earn back trust. Unlike the other ads, it refers to a specific incident as the voice-over mentions that the bank has ended product sales goals for branch bankers. It spent $21.5 million on its “Earn Back Your Trust” television spot during May.

A New CEO in the Driver’s Seat

Uber has seen a series of negative news, including management scandals, driver mistreatment, sexual harassment charges, and charges of a data breach cover up.

Its ad features its new CEO Dara Khosrowshahi who says Uber will move in a new direction, with new leadership and a new culture. Khosrowshahi says the company will improve service for its riders and drivers. When a problem happens, it will be open and take responsibility for fixing it. It spent almost $10 million on TV ads in the US.

Critiques of the Apology Ads

Apology best practices call for acknowledging the mistake and accepting responsibility. Facebook’s ad breaks that guideline with its passive sentence “But then something happened …”

The ad absolves Facebook of the blame for problems that it created, says New York Magazine columnist Brian Feldman. Facebook created the problems listed, except for perhaps spam, through its deliberate decisions. It designed its newsfeed algorithm to spread fake news and clickbait and it practically invited outsiders to steal users’ data.

Khosrowshahi, who obliquely refers to Uber’s cultural problems, also evades the company’s past problems, says Becky Honeyman, a managing partner at crisis PR firm SourceCode Communications. He says he’s there to accept a challenge but doesn’t say what created that challenge.

“The thing that unites all three of these is there is a glossing over of what happened,” Honeyman told MSN. “They need to express remorse, take responsibility and then say what’s going to change.”

Bottom Line: Some brands turned to expensive television ads to improve their images after PR crises. The effectiveness of the so-called apology ads remains to be seen. The brands only implicitly refer to their former misdeeds, and observers criticized the brands for not taking full responsibility for past mistakes.