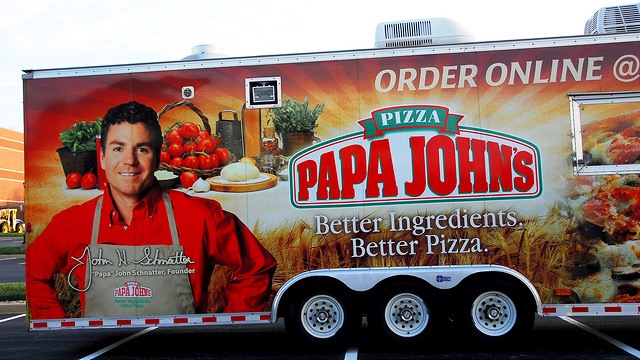 Papa John’s is striving to recover from a PR crisis and restore its image. Its ongoing crisis management dilemma illustrates the difficulty of reputation management and how a PR crisis can damage a firm’s bottom line and very existence.

Papa John’s chairman and founder John Schnatter resigned after using a racial slur during a conference call this summer. Schnatter resigned as CEO last December after blaming poor sales on the NFL’s response to players who kneeled during the National Anthem. The company promptly sought to distance itself from the former CEO and remove his image from its pizza boxes and other marketing materials. It also worked to block him from gaining more control of the company.

The incident shows the dangers of closely linking a single person with the brand’s image. Sales have slumped, its stock price has slumped, and analysts issued sell recommendations.

Employees are completing anti-bias training and the company is adding diversity to its ranks. Its leadership team has already finished training. The company is conducting an internal audit on diversity and inclusion practices. It is launching a minority-owned franchise expansion and development program and creating a foundation to support “causes that bring people together.”

The training seems to follow the example of Starbucks which mandated anti-bias training after two black men were arrested while waiting for a friend at a Philadelphia store.

Papa John’s also responded to criticisms with an advertisement that showcased customers’ criticisms. In its video on Twitter, the pizza chain collected tweets that lambasted the restaurant and accused it of racism. With melancholic music playing, Papa John’s interspersed its response among the attacks: “We heard you. You expected better from Papa John’s. So did we.”

“Thank you for your anger …” then replaces “anger” with “criticism” and then “honesty.”

“It is making us better,” the video states.

The ad and Ritchie’s statement received mixed reviews. Many Twitter users responded with even more disparagement and sarcastic comments. Some said it fell short of saying “sorry” and seemed insincere, and included vague language.

“Ritchie had to do something direct and, many would say, he did this reasonably well,” writes marketing and advertising consultant Chris Matyszczyk in Inc. “Although the claim that consumer anger is “making us better” would need a little explaining. Better how, exactly?”

Schnatter sued the pizza chain and accused the board of acting negligently or staging a possible “coup,” according to CNBC.

With the website SavePapaJohns.com as a mouthpiece, Schnatter blamed the new management for the company’s problems and for “a toxic senior management culture, and serious misconduct at the top levels of our leadership.” The former CEO for whom the company is named is now attacking his namesake company.

“This is a PR and brand nightmare,” Juan Martinez, a crisis communications expert and president of JMart Strategies, told CNBC. “Not to mention a huge problem for its bottom line, as we see more and more partners walk away from them.”

The pizza chain has little intellectual property value except for its brand equity – and now that may be ruined. A PR crisis has now turned into an existential crisis for Papa John’s. The company may not survive.

Bottom Line: Papa John’s new CEO is taking steps to rebuild the brand’s image following accusations of racism and the ouster of its founder and chairman. However, the pizza restaurant faces serious hurdles. Continuing public feuds with the former CEO won’t let its PR problems disappear and may cause the company to die.