PR Tenets That I Ignore (and Advise Others to Disregard) 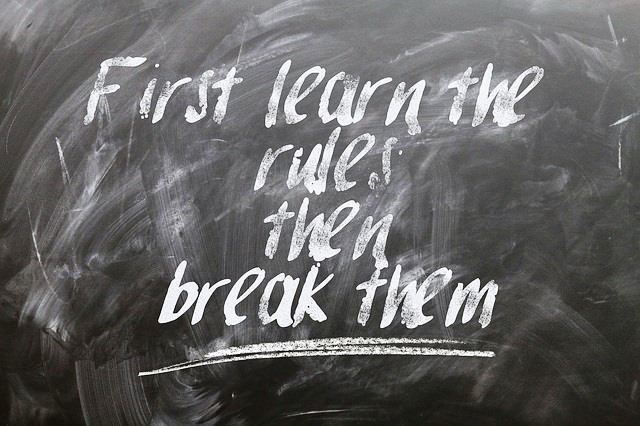 I’ve often been called a maverick during my PR career because of my disregard for long-established PR rules. Some agency execs were not thrilled with my disregarding the “rules of the game” tenets. Clients mostly approved. They were happy with having a person on their account who provided out-of-the-box thinking, even if they didn’t always agree with my approach.

During my first month managing the most famous division of the Gillette account at Burson-Marsteller, a high-ranking marketing executive of the company told me, “We’ve never done what you suggest. But we’ll give it a try as long as you understand that we’re giving you enough rope to hang yourself.” I never had to use that rope.

I most likely didn’t believe in the tired, and oh so old, PR tenets because I first labored as a journalist at an afternoon daily and my first job in PR was at a small agency where the credo was “do the job your way as long as it gets results.” And my way was to look for the creative news hooks that could be used to pitch or craft programs and search for angles in press releases, written by others, that should have been in the lede, instead of the sixth paragraph.

I didn’t develop expensive press kits. But I did maintain detailed media contact lists by scrutinizing out-of-town newspapers, listing to radio interview programs, and watching TV shows so that each pitch could be aimed precisely. Today’s media databases make that process easier, but the “scouting” still makes it possible to fully understand the media opportunities and select the most appropriate target.

When I joined Arthur Cantor/Advance Public Relations, for ten years, before leaving to join Burson-Marsteller, for almost 25 years, I decided to do it my way and again ignore the musty do-it-by-the book PR tenets, many of which were written by individuals who had not been in the PR trenches for years and espoused a do-it-by-the-numbers approach, still used today by many PR practitioners.

These are several media contact rules that I immediately discarded:

Four Important Rules Not to Ignore:

A common mistake when a pitch is associated with a major sports event, whether you’re pitching print or TV, is to time pitches close to the beginning of the event. That’s usually too late for PR pitches, most of which have no hard news value to journalists. The closer it is to the event, the more hard news that has to be reported. I always pitch a month or two before a major event because journalists are more likely to have time to do soft feature reporting and “bank” it for future use.

Clients should always be warned not to talk about the interview with the interviewer after the notebook is closed or the tape recorder or TV camera is turned off. Advise clients that everything the interviewer feels newsworthy can be used, even if it’s said on the way to the bathroom.

Prior to interviews, clients should be told never to make off-the-record comments and that just because they say “this is off-the-record” doesn’t mean the reporter concurs. Even if a reporter agrees to off-the-record information, if it is needed for a major story in the future it will most likely be used.

During my long PR career, I’ve often heard account execs call reporters to say, “The president of XYZ company will be in town next week and is willing to do interviews.” Doing so shows a lack of knowledge about how many news outlets operate. Some prestigious ones have a bureau system, where the location of a company determines who will interview an executive. Others will want to know if the executive will reveal new information. Some will agree to do the interview, not for a story, but to “get to know” the person. Clients should be made aware of these situations during planning discussions in order not to have a disappointed client ask, “Where’s my story?”

My unwavering advice to young PR pros is this: Do not follow the ABC rules in PR communications text books. Many of them are outdated or do not make sense outside the classroom. The media is constantly changing. Not all reporters approach stories the same way or deal with PR people the same.

Think for yourself and change your media approach according to the situation. After doing so for a while you’ll develop your own rules, which certainly will be more up-to-date than those in your expensive required college texts, which might have been written by your teachers.