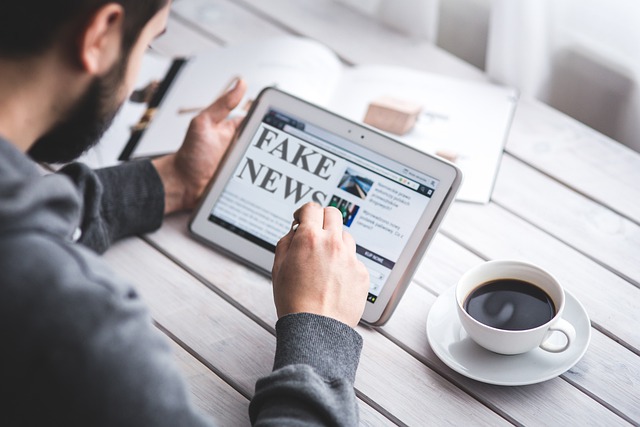 Image by memyselfaneye from Pixabay

People who obtain their news mainly from social media are less knowledgeable about current events and more likely to be hoodwinked by fake news reports, a new study from Pew Research Center reports.

About one in five American adults say they rely mostly on social media for political news. That group stands apart from others in several ways, the research reveals. They tend to be less likely to closely follow major news stories, such as the coronavirus outbreak and the 2020 presidential election. They also tend to be younger, less likely to be white and have lower education levels.

Just 8% of U.S. adults who get most of their political news from social media say they are following news about the 2020 election “very closely,” compared with roughly four times as many among those who turn most to cable TV (37%) and print (33%). About a quarter (23%) say they follow news about the Covid-19 pandemic very closely.

While less aware and knowledgeable about a wide range of current issues, they are more likely to see or hear false or unproven claims. For instance, about a quarter say they have heard “a lot” about conspiracy theories that powerful people intentionally planned the Covid-19 pandemic. Just over 80% had heard at least a little of that conspiracy story.

Ironically, they worry less about the impact of fake news. Just 37% say they are very concerned about the effects of made-up news on the 2020 election, lower than almost all other groups.

How PR Can Help Fight the ‘Infodemic’

The World Health Organization has warned that it is fighting an “infodemic” of misinformation in addition to an epidemic. “Fake news spreads faster and more easily than this virus, and is just as dangerous,” said World Health Organisation Director General Tedros Adhanom Ghebreyesus. If we believe misinformation rather than facts, he said “we are headed down a dark path that leads nowhere but division and disharmony.”

PR professionals and others managing social media accounts can take several steps to counter the spread of conspiracy theories and other forms of misinformation that many social media users embrace. Research by Edelman shows that consumers want corporations to help to combat fake news and misinformation and work to restore trust in social media.

Detailed refutations are more effective than short refutations, as they are more likely to be remembered later. “It’s as important to emphasize what information is true, as it is to identify what is false or misleading,” states research published by the Institute for Public Relations.

Influencers substantially boost fake news when they share it with their large followings, according to research by the Reuters Institute for the Study of Journalism. Misinformation from politicians, celebrities, and other prominent public figures made up just 20% of misinformation in its sample but accounted for 69% of total social media engagement. It’s essential for social media managers to investigate such questionable news reports before sharing them on social media, especially since many have substantial followings on both company and personal accounts.

Corporations, nonprofits and other organizations can use a media monitoring tool that monitors fake news websites. Email alerts can quickly notify the PR and corporate communications personnel when their organizations or brands are mentioned in fake news reports, allowing them to promptly identify and counter any misinformation before it spreads.

Bottom Line: People who get most of their political news from social media are more receptive to conspiracy theories and other types of fake news, research shows. Communications professionals can and should take a leading role in debunking misinformation and promoting accurate news.

Sign-up for a free demo of the Glean.info media monitoring & measurement dashboard.