What Journalists Like – and Hate – in Media Relations Pitches 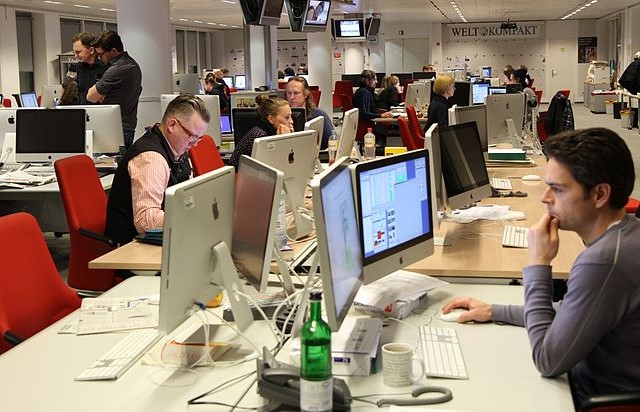 Media relations is harder than ever. Fewer publications and fewer journalists mean competition for reporters’ attention and space in media outlets is fierce. PR pros far outnumber journalists and overwhelm them with pitches. According to the recent Frac.tl Pitching Publishers Survey of about 1,300 reporters, editors and correspondents,  the majority of journalists receives between 50 and 500 pitches a week. The rest see between five to 50 pitches a week.

What Publishers Want and Don’t Want

What do publishers want? Photos, mixed media and videos are the most commonly published content formats by publishers, according to the survey. Publishers see a higher demand for infographics and data visualizations in the near future.

What do publishers loathe? A lack of research before pitching is one of the most common mistakes of media relations professionals. In fact, 80% of publishers say a pitch irrelevant to their beat is one of the common reasons for declining a pitch.

Being too self-promotional or even too boring is a common reason for having your pitch turned down. Roughly 56 percent of publishers will decline an overly promotional pitch, while 48 percent will reject a boring one.

The State of Journalism and PR Media Pitching Practices

The recent State of Journalism report by Muck Rack also provides similar information and advice. These are some key insights and recommendations for media pitching.

Help reporters on social media. Most (78%) journalists like it when PR pros follow them on social media and 71% track how many times stories from PR pros are shared on social media. Twitter remains their favorite network, although Facebook has gained popularity recently.

Send short emails in the morning. Almost all reporters prefer to receive pitches via email. Most prefer pitches before 11 a.m. A third want pitches less than three sentences long, and 61% prefer messages under three paragraphs.

Personalize your pitches. Lack of personalization, cited by 25%, is the major reason why journalists reject otherwise relevant pitches. Bad timing, cited by 23%, is the next most common reason.

Consider exclusives. Just over three-fourths of journalists are much more likely or somewhat likely to cover a story if offered an exclusive.

Follow-ups are acceptable. Most (73%) of journalists are OK with receiving a follow up to a pitch they didn’t initially respond to. Only 12% would prefer to not receive any type of follow up.

Be wary of embargoes. Embargoes receive mixed reviews: 40% say they don’t matter, 40% say they’re useful, and 17% say their detrimental. An embargo now means an agreement with media outlets not to publish the news until the predetermined time. The embargo challenge for PR is obtaining that agreement and making sure journalists keep their promise.

Bottom Line: Recent surveys of journalists offer insights into why they choose some PR pitches over others. With media pitching more challenging than ever, PR pros are likely eager for media relations advice. A media monitoring and measurement service is an essential tool for media relations. In addition to tracking the success of the brand’s PR efforts and identifying potential PR crises, a media monitoring and measurement service can uncover relevant media outlets, research publications, and help PR personalize messages to journalists.