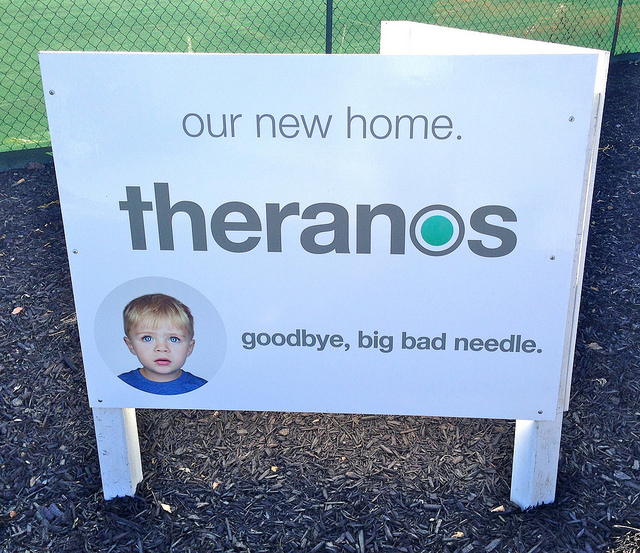 A scathing article in the Wall Street Journal about Theranos, a start-up clinical blood-testing laboratory with proprietary devices, questioned the company’s claims about its unique finger-stick blood-testing system that eliminates the need for standard blood-drawing needles and vials. The article charged that the company used its proprietary equipment to perform only a small fraction of tests it offered through Walgreen’s, Cleveland Clinic and other outlets. Instead, the Journal contended, the company used standard blood-testing equipment for the majority of tests.

The day the newspaper published its first article, Theranos posted a statement on its website that called the story “factually and scientifically erroneous and grounded in baseless assertions by inexperienced and disgruntled former employees and industry incumbents.”

The Journal chose not to report information the company provided and did not contact experts who had tested its technology, the company said.

CEO Elizabeth Holmes appeared in a segment on Jim Cramer’s “Mad Money” program on CNBC that evening to defend her company and criticize the article. When the Journal ran a second story, the company posted another press release defending its tests. “We are disappointed to see that The Wall Street Journal still can’t get its facts straight,” it stated.

Holmes also spoke at a conference the Journal sponsored where she compared the newspaper to a tabloid. She forcefully stated her position, was unapologetic and refused to concede that the Journal articles contained any truth about her company.

While most media commentary on the episode centered on the blood-testing capabilities of Theranos, PR crisis experts focused on the company’s aggressive PR crisis management tactics. Although some public relations experts commended Theranos for its quick reaction, others questioned its forceful response.

The company’s response raises the question of how companies should respond to negative media reports. Is it better to respond aggressively or to simply issue a brief rebuttal? Some PR professionals argue that battling the media is a mistake. A tit-for-tat war of words prompts media outlets to repeat the original negative story that originally prompted company response.

Theranos followed the PR crisis playbook by making its CEO immediately available for media interviews. However, many observers pointed out that Holmes had five months to schedule an interview with the Journal but did not.

Holmes went too far when she compared the journal to a tabloid, communications expert Tor Constantino told Entrepreneur. He also questioned the company’s decision to post a point-by-point rebuttal of the Journal article on its website. A website viewed mainly by consumers is not the best place for such complicated, scientific material, he said.

“If she’s not in the right on this, then it’s going to have serious implications,” Juda Engelmayer, a crisis communications expert at 5WPR, told Entrepreneur. “Because not only is she begging the Wall Street Journal and other papers to come after her and start scrutinizing even more, she’s opening it up to health agencies, like the FDA and other regulators, to be extra careful when they’re examining the company.”

“Contrary to Ms. Holmes’s claims, the Journal shared all facts and anecdotes published in the articles with Theranos before publication,” it stated. “We note that Ms. Holmes sought to challenge the reliability of our sources, but it remains the fact that she doesn’t know from whom the information for our articles was gathered,” the newspaper added.

The WSJ continues to pursue the story. It revealed that Walgreen’s was scrutinizing Theranos’ testing. It published an analysis by corporate reputation management experts of Theranos’ crisis management approach. It reported that the FDA had cleared the Theranos device for one test and also kept the story alive by reporting on other aspects of the story including statements from Theranos.

With the dust starting to settle, it seems probable that the Wall Street Journal reporters got the core of the story correct. In their exuberance for the new technology, Theranos and CEO Holmes may have overstated or created a misimpression of its capabilities in processing multiple types of blood tests from pin-prick devices. As other companies have learned, overstating technological capabilities almost always comes back to haunt them.

If that’s the case, the best crisis management strategy for Theranos would have been to explain which tests were being done with the new technology and which continued to rely on traditional blood-testing while emphasizing its continuing research efforts to port all tests to the proprietary technology. That approach would give Theranos an opportunity to shine a spotlight on its new technology without attacking the Journal and without incurring further damage.