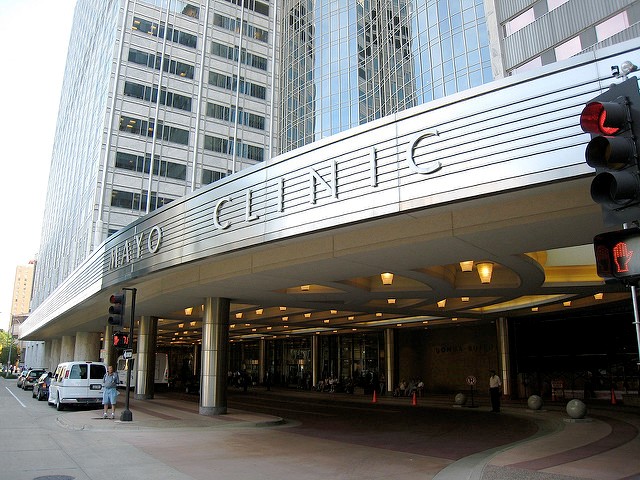 In its Escape from Mayo Clinic report, CNN reported that Mayo Clinic had held a patient against her will, and rejected the request from the patient and her family to transfer to another hospital.

Alyssa Gilderhus, an 18-year-old high school student, underwent emergency surgery after a brain aneurysm in late 2016. Relationships between hospital staff and the family soured over the next couple of months during her recuperation. Her parents told CNN that Mayo Clinic personnel refused to answer their questions or address their concerns, rejected their request to transfer their daughter to another hospital, and banned her mother from the building.

To free their daughter, the parents concocted a story that she needed to leave to visit a sickly aunt. In the story’s highlight, they videoed her “escape” with a cellphone camera. They later learned that Mayo Clinic was seeking to have a guardian named to make decisions for Alyssa.

Mayo Clinic issued a series of media statements that blasted CNN’s story as “inaccurate, incomplete and irresponsible.” Disputing the news report, the clinic stated that it removed the mother from the hospital due to her repeated aggressive and threatening behavior towards its staff. It received a request to transfer the patient shortly before her departure and didn’t have time to review the request.

It was concerned about the patient’s unstable family environment, including allegations of abuse and substance abuse by the mother. It did not attempt to take custody of the patient or become her guardian, but sought judicial guidance to help identify the best person to make decisions for the patient. The patient was “a vulnerable adult” who could not make decisions for herself during her recovery.

Mayo Clinic also said its personnel had met with CNN before the story aired, but the reporter ignored their side of the story and proceeded with “a pre-determined narrative.”

However, the controversy continued. CNN issued a rebuttal to Mayo Clinic’s rebuttal, disputing the hospital’s version of events as well as its diagnosis of the patient.

An Appropriate or Risky PR Strategy?

Mayo Clinic personnel responded immediately, and were forthright and transparent about how they made decisions in the case, says PR crisis expert Gini Dietrich, CEO of Arment Dietrich Inc. “From a crisis perspective, they’ve done everything right,” Dietrich says.

But many crisis management experts warn that, although organizations are justified to point out inaccurate and biased reporting, entering a public feud with a media outlet is a risky strategy. The organization may appear defensive and argumentative and may attract even more unwanted media attention. According to William Greener’s Law – now attributed to Congressman Charles Brownson, “Don’t ever argue with someone who buys ink by the barrel.” Which simply means: never pick an argument with the press or media.

Bottom Line: Mayo Clinic’s unusually aggressive response to a critical news report raised eyebrows. Mayo Clinic clearly wishes to protect its reputation and publicize its version of the story, but some warn that attacking the media could prolong negative coverage and place the organization in unfavorable light.