When Should a PR Person or Agency Say ‘No’ to Working on an Account? 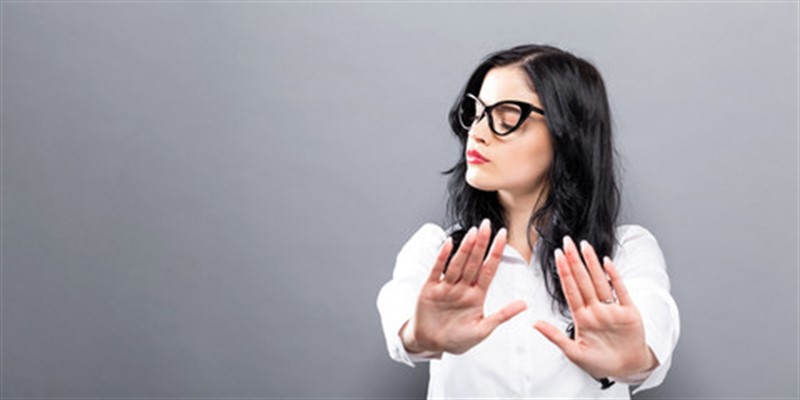 Some time ago, the executive vice president of a PR firm wrote an article about qualities she looks for in a new hire.

The list included traits that are valued in a PR person, like being a self starter, having good people skills, being motivated, being creative, and of course, being a team player.

But her comment that I found disturbing was: “They are willing to take on any account. While some may have a strong background in healthcare or financial services, curious employees are willing to pinch hit for any project that comes through the door and needs staff support. These employees take the time to get to know the client’s business and industry, so they can develop and execute a strategic program quickly and effectively.”

That comment, often echoed by agency management, is what troubles me about our business. Why should an individual be forced to work on an account whose business or beliefs are abhorrent to the person? It’s bad enough that PR agencies treat employees as disposable when it’s time to reduce staff because of the mistakes of management favorites.

No Regard for Personal Beliefs

In many PR agencies, employees are assigned to accounts without regard to the person’s beliefs. That’s fine if it is a non-controversial account. But what if it is an account that does damages to individuals or the environment? What if the account advocates a social or moral position with which the employee disagrees?

In my opinion, that should be “no-no.” No one should be required to hawk an account that goes against one’s principles.

The statement by the EVP also exposes the Achilles heel of account staffing. People not knowledgeable about the client’s business are often assigned to accounts that need another body.

Thankfully not all people in the communications business think like the EVP I quoted.

How PR Promotes Youth Tobacco Use

An op-ed in the May 3 New York Times titled How Big Tobacco Got a New Generation Hooked by Alex Bogusky, co-founder and chief creative engineer of the advertising agency Crispin Porter Bogusky, is more in my line of thinking.

In the article, he pointed out that tobacco companies, as they did 20 years ago, are still using misleading tactics. This time they are using enticing flavors to encourage teen-ager use e-cigs, vapes and other nicotine delivery devices – all with the help of ad agencies.

In our business, PR consultants representing bad citizen clients and using misleading tactics is not unusual. With more moral conviction and less greed, it can stop.

As an individual, I declined certain assignments on accounts that I philosophically opposed. If management held that against me, I’ll never know. I do know it made me feel like I stood up for my beliefs, despite being told on occasion that “everyone has a right to tell their story.” Sometimes, that can just be a poor excuse for an agency to work for a despicable client.

Once I was asked to meet with an individual to discuss a project disguised as a sports promotion. But it clearly had an anti-Israeli propaganda purpose, which the person freely admitted. After the meeting, even though I was the agency sports marketing PR guru, I told the general manager of the PR firm that I would not work on the account.

Another time, I was asked to attend a presentation by the then trade association for the tobacco industry. After the presentation, I again told the general manger that I would not work on the account. After I left Burson-Marsteller, I also refused freelance assignments because of ethical reasons. I believe every PR staffer should have that option.

Shortly after I joined B-M, I was amazed when a young lady got up during a creative session for a large client and said, “I might as well leave this meeting because I refuse to work on that account.” (It was an account that had a negative environmental impact.)

I don’t know what happened to her, but I always admired her for speaking up for her beliefs, and I still remember her name for having the courage to speak up.

There are various reasons why a PR person might not want to work on an account. If you’re in such a position, don’t accept the assignment, brood about it and then tell management you don’t want to work on the account. Doing so can affect how mangement staffs other accounts.

Advice for Individuals and PR Agencies

For the individual: My advice is to immediately tell management that you don’t want to work on an account because it goes against your core beliefs and explain why. If management values you as an employee, they’ll accede to your request. If they don’t, that should send you a message that it’s time to look around.

For Agencies: The moral values of employees should be considered when staffing accounts. I hope it happens in all PR and marketing agencies. Agencies should also develop and institute a code of moral principles covering all aspects of how the agency personnel conduct business. When that becomes a reality, it will result in happier employees. And happier employees work harder and might stay longer.