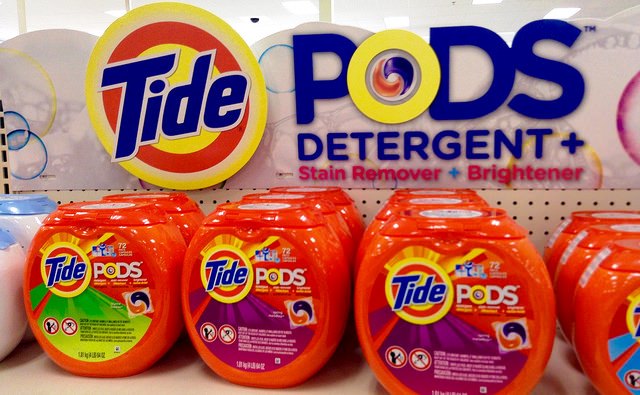 In the Tide Pod Challenge people filmed themselves eating Tide Pods and uploaded the videos to YouTube or social media. The videos went viral on social media. Marketers usually love viral videos. Not in this case. The stunts were popular among teen-ages in recent months, but some adults also accepted the challenge.

Tide Pods may look like candy but they’re poisonous. Anyone who consumers the detergent packets may gag, cough and even foam at the mouth. The American Association of Poison Control Centers reported 86 cases of intentional misuse of the laundry packets in the first three weeks of the year alone. There were 53 cases in for the entire year in 2017.

PR professionals can learn these lessons from the Tide Pod Challenge and Proctor & Gamble’s response.

Address the issue. Some say Tide-manufacturer Proctor & Gamble could have largely ignored the videos and dismissed the epidemic as juvenile stupidity. Instead the company took decisive actions to stop the foolishness.

“They didn’t shy away from the controversy or try to explain it away as just some ‘dumb kids doing dumb stuff.’ Instead, they strongly expressed the consequences of taking the challenge, which included possible death,” says Tabitha Jean Naylor, founder of SuccessfulStartup101.com, in Business 2 Community.

React quickly. Organizations that don’t respond swiftly may face criticism for their slow response. (Example: Facebook’s slow response to the data privacy controversy.) A social media monitoring service with automated email alerts can notify PR teams when its company or products are mentioned on social media practically immediately.” If your company doesn’t issue a response regarding a PR crisis in a reasonable amount of time, then that becomes a separate issue in and of itself,” writes Forbes contributor Blair Nicole Nastasi, CEO & Founder of Media Moguls PR.

Consider when to apologize. Organizations often apologize in their first PR crisis response. P&G made the right decision by not apologizing, says Americus Reed, a marketing professor at Wharton School of Business. “They validated public concerns, yet made it clear they don’t consider themselves responsible,” he says. “It’s definitely the way to go, both in terms of public relations and legally.”

Think about your spokesperson. Many PR pros say P&G made the right decision by choosing Gronkowski as spokesperson since teen-ages are familiar with the football player. While a celebrity can attract attention, a teen spokesperson would have had greater impact on the target audience, Nastasi argues.

More videos of people intentionally misusing products will probably circulate on social media. Soon after the Tide Pod Challenge seemed to fade, the “hot coil challenge” appeared. At least one participated in the challenge and pressed his arm on an electric stove’s red hot coils, producing visible burns.

Bottom Line: The Tide Pod Challenge exemplifies a kind of PR crises companies may not expect: people intentionally misusing the company’s product.  No one can predict when videos of people misusing a product will spread on social media, but a well-developed plan and social media monitoring can help organizations react quickly and decisively.