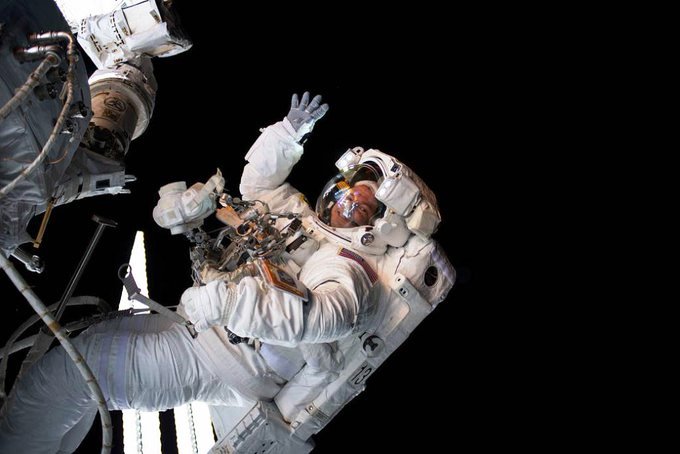 Few organizations can meet NASA’s social media prowess. The space agency has more than 120 million followers across all networks, more than 30 million on Twitter alone. NASA does have innate advantages. The agency would be a household name with no marketing at all. Few organizations can regularly release trailblazing research, and hardly anyone else can take stunning photos from space.

Still, marketers can learn much from the space agency.

Access niche communities. In addition to its @NASA account, the agency has 500 social accounts aimed at niche communities. The supplemental accounts include individual astronauts, space stations, rovers and missions. The Curiosity Rover, @MarsCuriosity, has more than 4 million Twitter followers. Its Spitzer telescope, @NASAspitzer, has a mere 130,600. Well, mere for NASA.

With these niche accounts, the agency can send content to followers who are most interested in particular topics. For instance, followers of @AsteroidWatch worry about the earth being hit by asteroids.

Partner with influencers. NASA encourages its followers to share information through its NASA Socials program.  Formerly called NASA Tweetup, the program offers special activities and behind-the-scenes events at NASA facilities to influencers who share the agency’s news “in a significant way.”

Leading advocates of space exploration and NASA get to meet astronauts, scientists and other NASA personnel and can apply for the same access as journalists to attend spacecraft launches, media briefings, tours and other activities. Clearly, NASA understands the value of influencer marketing and providing them with behind-the-scenes views of the agency’s facilities and activities. The same approach can work for many companies and other organizations.

It should also be noted that NASA achieves its stellar results with no paid promotions.

Educate while entertaining. NASA’s social media accounts use humor, references to pop songs, and lingo like ‘deal with it’ and ‘selfie game’ to provide an entertaining twist to the information being shared. Stunning photos and humor grab attention, allowing the agency to educate audiences about cosmic entities. The agency adjusts content to particular networks. On Tumblr and Snapchat, which have a relatively young audience, it avoids scientific jargon and strives to entertain. On Twitter and Reddit, where more users are interested scientific details, the accounts share more informative posts.

Find insights through social media monitoring and measurement. Social media listening can reveal positive mentions that a brand can reshare. It can also reveal ideas for improvement. Through social media listening, NASA found that followers enjoy stunning photos of space and behind-the-scenes view of missions. But it also learned that many people prefer to obtain information though their ears – not their eyes. That insight (no pun intended) prompted it add audio clips into its content strategy. It now creates podcasts through a SoundCloud account and posts sounds from space.

The sounds proved surprisingly popular. Promotional tweets gained up to 6,000 likes and many recordings received more than a million plays on SoundCloud.

“Everybody has that little bit of childlike wonderment in them,” says Jason Townsend, the agency’s deputy social media manager on Twitter’s blog. “If we can find that curiosity in every person out there and pull it out of them, then we can really engage with an audience that is interested in what we’re talking about.”

Don’t act like a robot, even if you are one. NASA humanizes its machines. In their niche social media accounts, spacecraft speak in the first person. They take selfies. The agency apparently understands that people relate better to humans than machines.

“It’s easy to anthropomorphize a rover because we always have stereoscopic cameras on them, which means it looks like they have eyes,” says NASA Social Media Lead Stephanie L. Smith. “From eyes, it’s easy to imagine a face. There’s this natural human response to look at these little robots almost like Wall-E and feel a personal connection to them. Then, when they’re tweeting in first person and telling you what they did at work today, it’s easy to cheer for them.”

Bottom Line: Earth-bound marketers can learn valuable lessons from NASA on how the reach social media results that are out of this world.