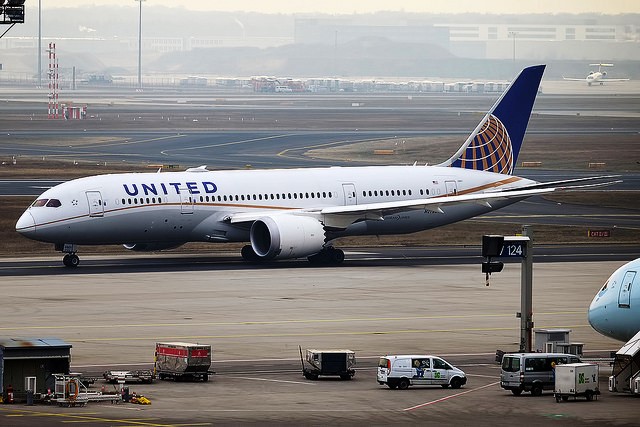 Public relations experts fault United for its feeble reaction after a video circulated on social media showing a 69-year-old male passenger being dragged down the aisle on his back by security guards and forcibly removed from a flight. United had overbooked the flight and asked for four volunteers to give up their seats so it could transport a flight crew to their next assignment. The incentive United offered was $800. When United staff could not find enough volunteers, it chose people randomly. The man, a doctor, said he could not leave the plane because he had patients to see the next day. Instead of leaving voluntarily, the man was dragged down the aisle and his face bloodied.

Not surprisingly, the video prompted outrage on social media. Many Twitter commentators said they would never fly on United again and called for a boycott. People mockingly suggested new United mottos such as “not enough seating, prepare for a beating.”

United CEO Oscar Munoz posted a statement on social media: “This is an upsetting event to all of us here at United. I apologize for having to re-accommodate these customers. Our team is moving with a sense of urgency to work with the authorities and conduct our own detailed review of what happened. We are also reaching out to this passenger to talk directly to him and further address and resolve this situation.”

The statement lacked substance and sincerity and failed to address underlying issues of bumping passengers off flights. Some PR experts said the airline decided not to offer an apology due to fears of a potential lawsuit – a mistaken strategy.

“The apology by the CEO was, at best, lukewarm or, at worst, trying to dismiss the incident,” Rupert Younger, a PR expert and director of the Oxford University Centre for Corporate Reputation told CNNMoney.

“From the brutality of the man’s removal, to the CEO’s response, which contradicted itself and was essentially a non-apology – it’s truly difficult to see what United Airlines’ communications strategy is hoping to achieve, or whether they have one at all,” Joseph Barratt, chief executive of Mutant Communications, told the BBC.

Howard Fencl, vice president of Hennes Communications also called the statement “a non-apology.” “Basically, he apologized for United’s overbooking policy, and not the violence and humiliation their passenger suffered, or the emotional distress it caused all the other passengers witnessing this unnecessary event,” Fencl writes.

What United Could Have Done

The airline should also offer the passenger a year’s worth of complimentary flights and overhaul its policies for overbooking flights, removing passengers, and communicating with passengers. “As we often tell our clients, it’s not just what you say – it’s what you do,” Fencl says.

The CEO’s use of the term “re-accommodate” was mocked on social media and did nothing to improve United’s standing.

In a message to United employees Monday afternoon, Munoz describing the passenger as “disruptive and belligerent.” He also said that “employees followed established procedures for dealing with situations like this.”

Assuming that the letter would remain private was another mistake.

Worse yet, the episode prompted charges of racism in China where many believe the passenger was removed because he was of Chinese descent. People’s Daily, the ruling Communist Party’s flagship newspaper, attacked the incident as “savage.” China is a top growth market for United.

A Greater Incentive for Volunteers

An increased incentive to the plane’s passengers to voluntarily give up a seat – as little as $400 more cash or one free round-trip ticket – would probably have produced a volunteer and avoided the incident, which will now cost United far more than the additional incentive.

This incident followed another recent incident in which a United Airlines gate agent barred teenagers from a plane for wearing leggings, indicating that United has some serious work to do in developing more appropriate policies and better staff training on boarding and overbooking issues.

The incidents themselves and the mishandling of both apologies by the CEO will undoubtedly cause loss of confidence and trust in the ability of United to properly handle boarding issues. Air passengers have enough hassles without having to worry about being prevented from boarding or removed from the plane involuntarily simply for the convenience of the airline, though that is exactly what U.S. Department of Transportation rules now allow.

A better apology can help. More importantly, when such incidents occur, the company and its regulators need to correct the shortcomings in policy to prevent further occurrences. Both U.S.Department of Transportation and United need to issue new guidelines on remuneration for voluntarily giving up a seat to solve overbooking. It should never come to forced removal of a passenger.

Bottom Line: PR crisis experts blasted United’s response to a viral video of a passenger being violently removed from a flight. Its inept response exemplifies how not to write an apology. The airline’s reputation suffered a significant blow.