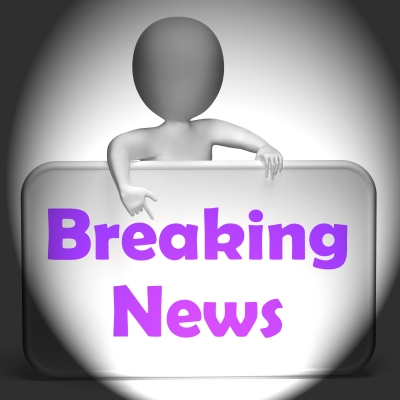 Courtesy of Stuart Miles via FreeDigitalPhotos.net

Those questioning the value of press releases may wish to consider a recent, small and little-noticed change in Google’s search algorithm. The change, first reported by Reuters, allows press releases to outrank media articles reporting the news. Google increased the number of sources permitted the “In the news,” a section within general search results. Only links from bona fide news sites appeared in the section previously.

“The goal of search is to get users the right answer at any one time as quickly as possible — that may mean returning an article from an established publisher or from a smaller niche publisher or indeed it might be a press release,” Google spokeswoman told Reuters.

The algorithm change is bad for media outlets and good for organizations issuing press releases. Publishers may lose traffic, while brands can place their viewpoints above those of skeptical and questioning journalists. It’s part of the continuing demise of established media outlets and the fragmentation of online news.

Another Benefit of Owned Media

The key to outranking media outlets covering the company’s news is to post it first. The press release posted on a company website or released through wire services is owned media much like blog posts, as opposed to earned media.

News that Gemalto, a Franco-Dutch SIM card maker, was hacked by U.S. and British spies exemplified the impact of the algorithm tweak. When the news broke, the company’s press release downplaying the hacking was the first listing in the “in the news” section for the search term “Gemalto.”

In another instance, Apple led the section with a promotional link when users searched for Apple Watch.

Should PR pros start cranking out press releases? Christopher Penn, vice president, marketing technology, at Shift Communications, urges PR to be careful. The algorithm change only deals with freshness. Posting press releases simply to game the algorithm will end badly. Post a press release only when you have legitimate news.

Google previously warned that keyword stuffing and overloading press releases with backlinks can harm your SEO. One link to one domain is a good guideline. Websites that tried to game Google with those kinds of black hat SEO tricks in press releases in the past are still suffering lower search engine rankings and are paying SEO experts to disavow links.

Penn urges PR pros to measure incoming traffic from press releases to determine if and how much their company has benefited from the change.

Bottom Line: Corporate press releases can now outrank media articles on the same topic due to a little-known change in Google’s algorithm. That change is important to PR, but digital marketing experts warn PR pros to be careful when trying to benefit from the change. Just like the pre-Internet day, the best practice is to issue press release only when you have legitimate news.