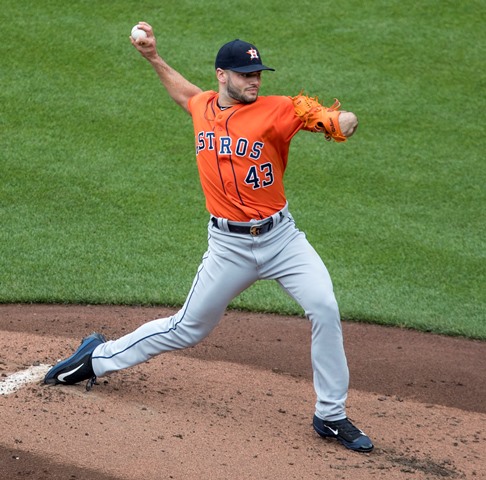 The Houston Astros may have won the 2017 World Series, but the team lost the public relations ballgame following revelations they used an illegal sign-stealing scheme that season. Major League Baseball suspended the Astros team manager and general manager and announced other penalties but let the team keep its title. The league did not punish any players who participated in the sign-stealing, including some stars.

Taking the MLB punishment a step further, the Astros fired the team manager and general manager. While PR crises experts and sports pundits approved that move, they say the Astros committed many unforced errors in its crisis management response.

Much of the criticism focused on the team’s press conference on the issue held at the start of Spring training. Star players Alex Bregman and Jose Altuve read prepared statements then left the press conference, leaving Astros owner Jim Crane to field questions from reporters.

“At best, it read as awkward and stilted. At worst, it read … much worse,” writes Emma Baccellieri for Sports Illustrated.

“It’s clear they thought they could offer a perfunctory apology, make it a one-day story and the world would move on. Not even close,” writes PR pro Bill Collins in The Buffalo News.

Here’s how the Astros could have handled it better, according to PR crisis experts.

Prepare thoroughly. Crane seemed unprepared. At several points in the press conference he got caught in basic logic errors, gave muddled answers or contradicted himself. When asked if the sign-stealing impacted the game, he said: “This didn’t impact the game. We had a good team. We won the World Series.” Responding to another question, he said, “I didn’t say it didn’t impact the game. It’s hard to say if it impacted the game.”

Crane’s statement did contain some elements a classic PR crisis response, but they weren’t presented cohesively or sincerely.

Dress for the occasion. Crane wasn’t properly dressed, says Steve Turner, principal with Solomon Turner PR in PRsay. He wore a collared golf shirt with a Houston Astros logo. A suit and tie would help create an air of formality and seriousness. On the other hand, the casual Spring training dress code may have been intentional to minimize the import of the press conference.

Give something new. Crane and the Astros players offered no new information. Instead they repeated the same bullet points that the public already knew. “In addition to this being a waste of time for both their fans and MLB stakeholders, it made it seem as if they had more to hide,” Turner says.

Apologize like you mean it. Crane seemed insincere. Prepared statements from the players seemed remorseful on the surface but were vague and also lacked sincere emotions.

The situation called for someone who was truly contrite, yet the press conference presentation had “all the emotion of a dial tone,” Anthony D’Angelo, former PRSA chairman, told Sports Illustrated.

Take responsibility. Even if he was not involved in the sign stealing, it was a mistake for owner Crane to say he should not be held accountable at a press conference. “At the very least, he’s got to say, ‘This was an institutional problem, and I own the institution,’ D’Angelo says.

Don’t say this. Crane said he was glad to put the controversy behind him and move on. Another mistake. The person under public scrutiny doesn’t decide when to move on. The people who have an interest in the issue decide, D’Angelo says.

Bottom Line: PR crisis experts say the Houston Astros conduced a poorly prepared and poorly organized press conference devoid of sincerity. The press conference did nothing to mitigate its sign-stealing scandal or improve its damaged reputation.