How PR & Marketing Can Promote Diversity 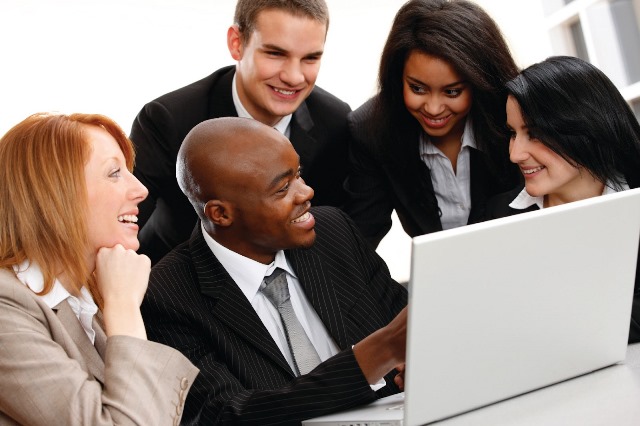 Racial insensitivity has afflicted some well-known brands recently. Fashion retailer H&M featured a young black boy in a green hoodie with the words “coolest monkey in the jungle.” A video clip for Dove soap on Facebook appeared to show a black woman turning into a white woman after using its soap. A Heineken ad portrayed a bartender sending a beer past dark-skinned patrons to a light-skinned woman and concluded with the slogan “Sometimes, lighter is better.” Skin care company Nivea released a deodorant ad that proclaimed “White Is Purity,” a slogan that was enthusiastically embraced by white supremacists.

The ads were criticized as racist and insensitive and were quickly pulled. Diversity on PR and marketing teams – and the legal, regulatory and other review teams — can help brands avoid such gaffes that cause public recriminations, long-term reputational damage, and even calls for product boycotts. Although some might say viewers misinterpreted the ads and that marketers were just being clever, PR and marketing professionals bear the responsibility for evaluating how audiences will perceive content they create.

According to U.S. census data, minorities make up 41 percent of the US population, and that figure continues to grow. Some now call the growing minority population the “emerging majority.”

PR and Marketing for the Emerging Majority

“This means brands can no longer afford to focus on multicultural audiences periodically but must shift their entire marketing/communications focus to include these groups,” Denvol Haye, senior account executive at Prosek Partners, in an article for the Institute for Public Relations.

When embarking on some form multicultural outreach, truly understand what you mean by “multicultural,” Haye advises. “Often used in the wrong context, this term has become jargon, speaking in general terms about reaching Hispanic, African American, or Asian American audiences,” Haye says. “However, communications professionals and marketers know that multicultural consists of multiple cultures (and sub cultures) and it’s our job to help clients pinpoint exactly who they’re trying to reach.”

Many experts urge PR and marketing departments to hire for diversity. “Frequently, creative teams don’t recognize offensive PR and marketing ideas because of their own lack of diversity,” writes Nysha King, media relations lead for MRINetwork, in Forbes.

Consider if certain groups are disproportionately represented and consider if there is diversity among the spokespeople you use for media interviews, King adds.

Many companies develop a campaign and then go back and try to add a multicultural aspect to it, For instance, they create a campaign and then swap out images to show people of different ethnicities. A better strategy: First analyze your customers and your audience by tapping online resources and conducting market research.

“Keep in mind that a wide range of nuances exists within cultural groups, and your goal should be to listen and understand, not make assumptions,” King advises.

The perception of the minority audience of what you said overrules what you think you said and what you intended to say. Usually, there’s no way to explain away what turns out to be a racially offensive or insensitive comment or graphic, even when it wasn’t intended that way.

He advises PR leaders to build on current approaches:

“If there’s not an element of unease in your deep-dive discussions about diversity and inclusion, then you likely aren’t giving it the deliberation it deserves,” Hicks says.

All PR and marketing materials should be reviewed explicitly by staff for possible racial or ethnic issues. Setting up an ethnically diverse review panel of trusted employees or community relations advisors would provide additional perspective and insulation.

To understand what the PR firms might be doing to promote diversity and inclusion, Chitkara interviewed 18 CEOs of top PR agencies. The interviews lead to five recommendations:

Bottom Line: Forward-thinking PR executives recognize the business value of increasing diversity and inclusion in their organizations. By incorporating definitive plans into their business model, they can please clients, avoid embarrassing mistakes and ultimately grow their business.