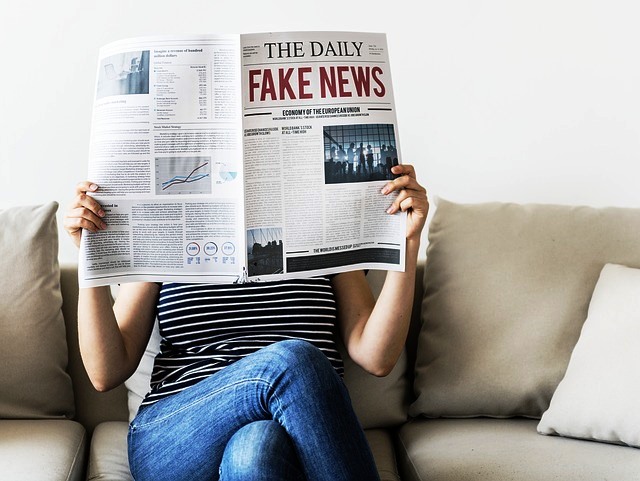 Although communication professionals in the U.S. and Canada agree fake news has become one of today’s most prominent issues, few organizations have systems or tools to spot or respond to fake news stories, a new survey reveals.

More than half of surveyed professionals (57.7%) pay attention to the on-going debate about fake news, according to the North American Communication Monitor (NACM), sponsored by the Plank Center for Leadership in Public Relations.  About two-thirds say the topic is much-debated in their country. Despite the high levels of awareness and attention to the debate about fake news, the relevance of fake news to the professionals’ daily work and their concern about it are generally low.

A substantial percentage of respondents (42.6%) say their organizations mainly rely on individual competencies and experience to identify fake news. Few organizations have in place policies, technical systems and processes to detect and manage fake news and misinformation. Organizations that have been affected by fake news are far more likely to implement formal guidelines and routines, install technology systems or say they’re currently working on plans to deal with the issue.

Affected by Fake News – Some More than Once

Not surprisingly, social media networks are the main source of misleading content (80.3%), followed by traditional mass media (54.1%). The content and focus of fake news tend to be related to products and/or services (51.8%), organizations and/or brands (49.5%), or individuals (44.5%).

Most organizations continue to explore a process for responding to fake news, but about 30.0% of surveyed communication professionals believe being prepared to identify fake news is not a necessity for their organizations.

PR experts warn that it could be only a matter of time before fake news or misinformation impacts organizations. A fake news story might accuse large corporations, a small business or nonprofit organization of criminal, immoral or bizarre behavior at any time. A major danger is that fake news, also called false news, junk news or misinformation, spreads much faster on social media than accurate news reports from reputable trusted news sites.

Other major findings of the survey include: Top communication leaders are involved in organizational decision making, but that power is not shared with those lower in the hierarchy, especially women. Nearly half of the organizations (46.3%) do not share decision making with employees or members.

The major threat to job engagement is a lack of performance feedback and recognition, with a significant gender gap.

Bottom Line: Although many North American communications professionals avidly follow he debate about fake news, many say their organization lacks sophisticated fake news monitoring tools or procedures for responding to fake news attacks. That level of unpreparedness may change as more organizations see themselves mentioned in made-up or malicious news reports.