The Potent PR Value of Op-Eds for Influencing Public Opinion 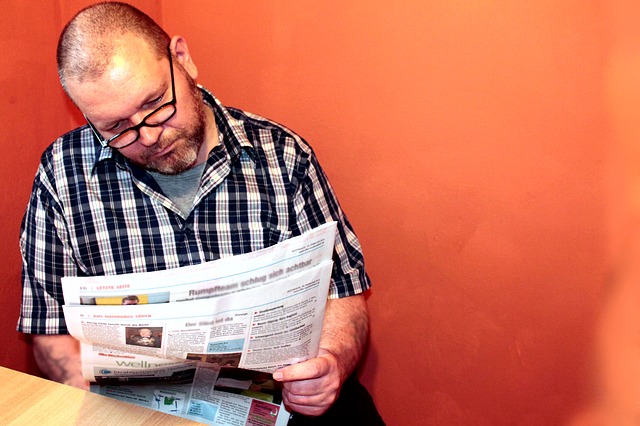 An op-ed in The New York Times by an anonymous White House official received nearly 20 million views in five days. Op-eds can sway opinions even if writers are not White House insiders.

Op-eds are not fading away with the demise of print publications. Instead, they’re evolving as new platforms emerge, writes David Fouse, a partner and lead strategist with The Pinkston Group, in Forbes. “Thinking outside the box is key to a successful public relations campaign,” he says. “Leaders who want to maximize their impact must also be prepared to innovate and pursue new forms of media.”

Research on the Power of Op-Eds

A Yale University study involving over 3,500 participants found that op-eds moved viewpoints – no matter what the individual’s political affiliation or previous stance on the issue.

Researchers showed study participants one of five op-eds by a writer affiliated with the Cato Institute or U.S. Senator Rand Paul of Kentucky. The op-eds, which had appeared in leading publications, advocated libertarian policy positions on issues such as climate change, federal spending or other issues. Researchers gauged participants’ reactions after reading the pieces, then again 10 and 30 days later. They performed the same experiment on a group of “elites,” such as journalists, law professors and scholars.

People who read the op-eds shifted their views to support the writer’s argument much more than control group members who did not read the op-eds, with the general public being marginally more persuaded than the elites. The gap between the control and treatment groups narrowed after 10 days, but still remained substantial.

A Lasting Effect on Views

“We found that op-ed pieces have a lasting effect on people’s views regardless of their political affiliation or their initial stance on an issue. People read an argument and were persuaded by it. It’s that simple,” Alexander Coppock, assistant professor of political science at Yale and the study’s lead author, told Yale News.

“As more and more communication and public affairs professionals become obsessed by [paid] digital almost to the exclusion of every other communication tactic and channel, it’s good to remind stakeholders in your organization that the impact of earned media has been researched and proven for decades,” say Kristien Vermoesen and Raf Weverbergh, managing partners at the PR agency FINN. “Reports of the death of earned media are greatly exaggerated.”

Tips for Writing Op-Ed Pieces that Get Published

Answer opposing arguments. Anticipate and answer opposing opinions. “Always offer the other side’s strongest case, not the straw man. Doing so will sharpen your own case and earn the respect of your reader,” Stephens says.

Be understandable. Write for the publication’s average reader. Don’t try to impress other experts, deride opponents or flatter your CEO.

Take a stand. “An op-ed is not a place for fence straddling,” says Mickie Kennedy, founder of eReleases. “You must have a clear point of view. You need to come down firmly on one side of the issue.”

Research publications. Understand each media outlet’s readership, submission rules and lead times for publication. You can usually find guidelines on their websites.

Find an appropriate authority. PR pros typically submit op-eds under the CEOs byline. However, a subject matter expert or local leader may have more authority and credibility on a specific subject. A personal connection to the topic adds value. Helping outsiders craft and submit an op-ed can offer a viable strategy to get your viewpoint published.

Collaborate with your team. PR pros can draft the articles, then executives and company experts can review the copy. Conversely, company experts can produce a first draft that’s reviewed by PR. Either way, the task requires a back-and-forth collaboration that can be hampered by too many people involved in the process. “In the best of scenarios, your PR folks also have the opportunity to have a conversation with the author, 15 to 30 minutes long, about the shape the piece should take and the voice it should adopt,” writes PR consultant Bob Brody in O’Dwyer’s.

No simultaneous submissions. Editors expect exclusive articles. Although unlikely, if two accept the same article, you’ll have to withdraw one submission, which will wreck your relationship with the editor, Brody warns.

Wait. Editors usually answer within three or four business days. Some don’t respond and must be re-contacted for an answer, but repeated follow-ups are ill-advised.