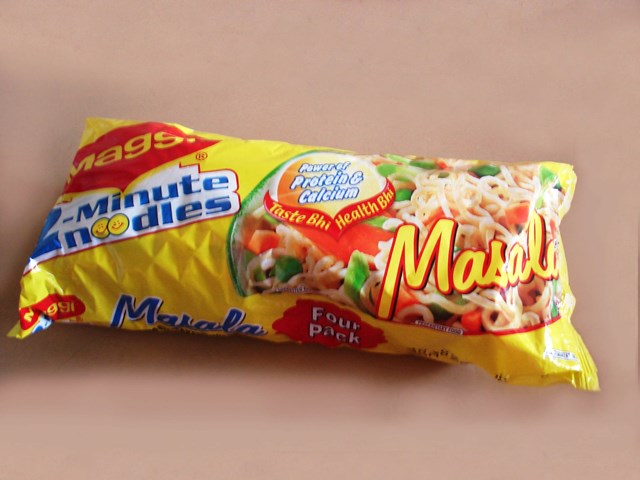 Nestlé India hopes to finally recover fully from its 2015 PR crisis caused by charges of excess levels of lead in its Maggi noodles. It’s been a long slurp. Once the top-selling noodle in India with 75 percent of the market, Maggi has regained 60 percent market share and hopes to fully regain market share by the end of the 2018.

Indian regulators banned Maggi noodles in April 2015 after its tests found excess lead in noodle samples. The company had to remove Maggi packs, all 35,000 tons of the product, from store shelves.  A court ruling overturned the ban in August, but Maggi’s reputation was severely damaged and regaining sales was difficult.

Known for its two-minute cooking time, the noodle brand has taken more than two years to restore trust, regain sales and rebuild its damaged reputation.

To be fair, the company faced substantial challenges: fearful consumers, an aggressive media, tough regulators, and the difficult business climate of India. However, PR crisis management experts and other commentators said Maggi committed a number of mistakes that can serve as lessons to other organizations.

Neglected public opinion. Maggi focused on the technical and regulatory aspects of the crisis while neglecting communications and public opinion. In its main defense, it stated that’s its tests of over 3,500 samples showed that lead levels were well below regulatory limits.

“This is a case where you can be so right and yet so wrong,” said Nestlé CEO Paul Bulcke, according to Fortune. “We were right on factual arguments and yet so wrong on arguing. It’s not a matter of being right. It’s a matter of engaging the right way and finding a solution.”

Slow response. While Indian officials first ordered the product recall on April 30, 2015, the company did not address the media in Delhi or appoint a lobbying firm to represent it in India until the following June. Media monitoring and measurement could have alerted the company about the fast-growing, troublesome media coverage and helped it respond. “Nestlé was clearly caught with its noodles in a knot,” said B.N. Kumar, executive director of Concept Public Relations and national president of the Public Relations Council of India, in a Knowledge@Wharton article.

An appearance of arrogance. Nestlé argued that its own test results of Maggi noodles were correct, which prompted confrontation with regulators who found different results. Nestlé could have pursued a more engaging, transparent process. Jessie Paul, founder and CEO of Paul Writer, suggested that it ask Maggi India personnel to become involved with testing, obtain third-party witnesses, or split the same samples across multiple labs.

Lack of consumer engagement. The Nestlé team was slow to respond to consumers on social media. Many Indians perceived its silence as admission of guilt. The Nestlé India Twitter handle had one tweet on May 21 on the issue. The Maggi India Twitter handle engaged only on June 3. Social media monitoring could have provided vital insights into consumer sentiment and identified the emerging PR crisis.

Lack of foresight. Company officials did not have a crisis management plan. They did not, or could not, think ahead or plan for contingencies. While they communicated with government officials about test results, they did not consider alternative strategies.

Overlooked cultural factors. Maggi did not consider the social and political issues of a PR crisis in India, a country colored by its colonial past and skepticism of multi-national corporations.

Overly complex answers. Some public communications were too complex when they should have been brief and simple. In particular, a statement on its website stating that its noodles were safe was too difficult to find and not immediately understandable to ordinary consumers.

“In trying to break down the problem to its constituent elements and be very specific, Nestlé has compromised on the main deliverable – a simple, positive, BIG SAFETY message,” said Soumitra Sen of Brick to Click CXO.

The company tapped Suresh Narayanan, chairman and managing director of Nestlé India, to guide the brand to recovery.

The company introduced scores of new products and variants to build a balanced portfolio and reduce dependence on a single product. They included six new variants of Maggi called HotHeads, a chocolate wafer with peanuts, and ready-to-drink premixes. Narayanan also increased the company’s emphasis on health and nutrition, simplified the corporate structure and increased advertising. But the main ingredient for success was improved PR and communications.

While test results of noddle samples technically caused the crisis, company executives realized that its main problem had been shortcomings in communications with the public, the media and other stakeholders.

“The priority was to rebuild the trust and reputation block-by-block by engaging and communicating with stakeholders transparently and constantly,” Narayanan wrote in Fortune India, crediting employees, partners, distributors, suppliers and consumers. “We also engaged with the regulatory authorities to ensure that our point of view was considered.”

The company substantially increased its communications staff. It now has people in each state to engage with local regulators and government authorities and has a new team for communications and public affairs at its head office.

Bottom Line: The Nestlé’s Maggi PR crisis in India demonstrates several crucial public communications lessons. The controversy over allegations of lead levels in noodles proves that communicating the facts well is just as important, if not more important, than the facts themselves. That’s a lesson Nestlé executives in India learned the hard way.

Sign up for a free demo of the Glean.info media monitoring & measurement dashboard