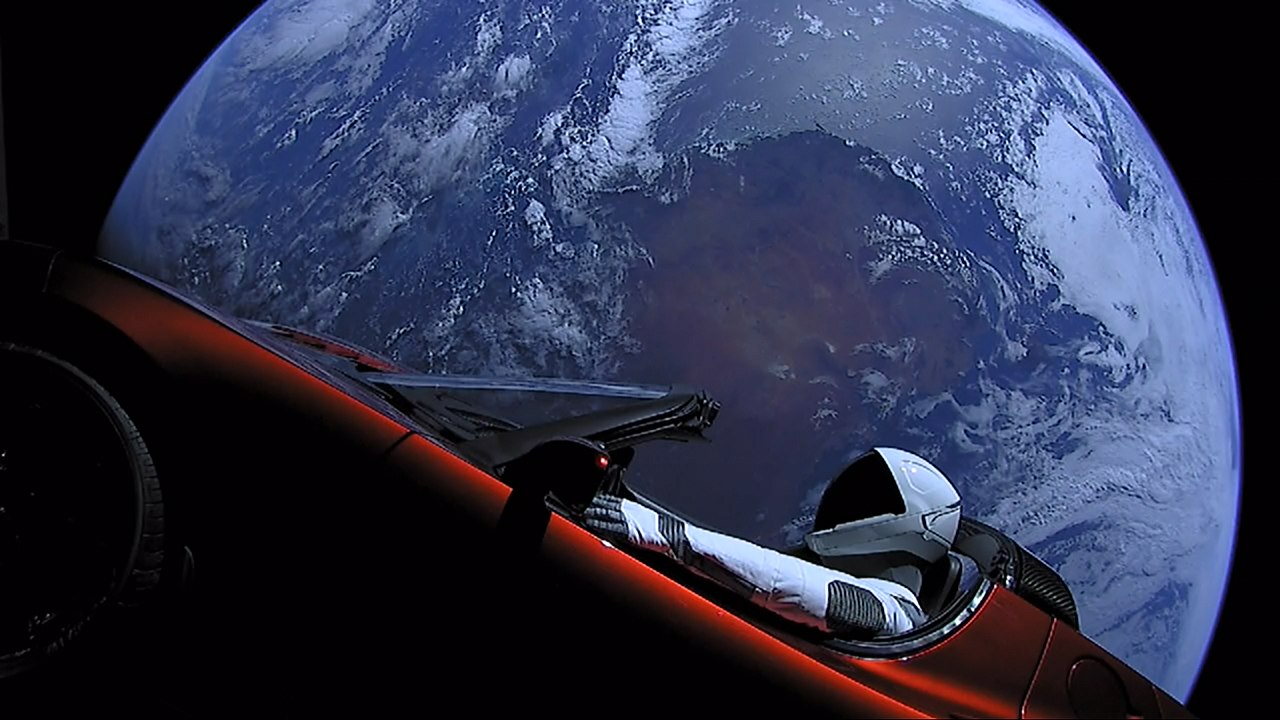 The first half of 2018 saw two outstanding PR stunts that attracted enormous media attention: the SpaceX launch of a Tesla Roadster into outer space and IHOP’s name change.

The SpaceX Falcon Heavy rocket launched the bright red Tesla Roadster into outer space in February, supporting Tesla’s high-tech futuristic image and dovetailing with Tesla CEO Eon Musk’s vision of colonizing Mars. Cameras mounted on the car live-streamed the vehicle’s journey for a few hours, providing stunning visuals of the Earth. A mannequin in a space suite, whom Tesla dubbed the Starman after a David Bowie song, appeared to drive the electric vehicle. The Tesla Roadster will float in space for possibly millions of years.

“Test flights of new rockets usually contain mass simulators in the form of concrete or steel blocks. That seemed extremely boring,” SpaceX founder Elon Musk wrote in an Instagram post. “Of course, anything boring is terrible, especially companies, so we decided to send something unusual, something that made us feel.”

The launch proved that Musk is anything but boring. The event also benefited Musk’s SpaceX as the high-profile launch demonstrated its launching capability. Lost among the photos of the Starman was news that SpaceX recovered two of three rocket boosters for future use, a first for commercial space travel.

The stunt created so much interest an engineer, not affiliated with Tesla or SpaceX, created a website, Whereisroadster.com, to show the car’s location, speed and trajectory. Musk said the vehicle would enter Mars’s orbit. Reports that the Spaceman will miss Mars contradicted the CEO but also gained additional media coverage.

IHOP —the International House of Pancakes — announced on social media that it was changing its name to “IHOb,” flipping the “P” to a “B.” The announcement immediately ignited a firestorm of speculation about what the “B” might represent. Based on the number of Tweets responding to the IHOP, or rather IHOb post, the company said 30,000 people guessed at what the letter stands for. The company displayed a countdown clock to show when it would announce the meaning of the name change.

The restaurant chain gorged on a publicity feast when it revealed that the “b” stands for burgers. The name change effectively promoted the launch of the chain’s Ultimate Steakburgers, a seven-burger lineup that includes the Big Brunch Burger, the Cowboy BBQ Burger, and the double-decker Mega Monster Burger. Mainstream publications across the country mentioned the restaurant’s burgers and even described their ingredients.

“Everyone knows that IHOP makes world-famous pancakes so we felt like the best way to convince them that we are as serious about our new line of Ultimate Steakburgers as we are about our pancakes, was to change our name to IHOb,” says Brad Haley, chief marketing officer for IHOb restaurants. The name change is temporary; it’s strictly a marketing ploy.

Criticisms and mocking from competitors increased media coverage. “The snarky pile-on from Wendy’s, Burger King, Chili’s, Checkers and Rally’s, Denny’s, and Whataburger led to a slew of breathless lemming-like articles giving more attention to the new burger than IHOP ever imagined in its media plan,” comments Drew Kerr, president and founder of Four Corners Communications, in The Drum. IHOb should tell Wendy’s that the “b” stands for backfired, Kerr adds.

Some communications professionals derisively dismiss PR stunts. The term itself is pejorative. Yet pulling off a successful PR stunt is difficult, says Marketing Daily columnist Todd Barrish. Effective stunts need to present a story arc for the media, be inoffensive yet interesting enough to garner attention and, most importantly, tell the brand’s story. They may look dumb, but they require clever thinking and careful planning.

Stunts are risky. They walk the fine line between clever and stupid. They can easily offend or deliver off-brand messages. “The media likes to pile on when PR stunts fail but, in reality, brands only pull of a half dozen or so really good ones a year, if they’re lucky,” Barrish says.

IHOb is one of those. People thought about the restaurant, maybe for the first time in a long time, and many learned that it sells burgers.

Bottom Line: The SpaceX launch of a Tesla Roadster and IHOP’s name change offer two of the best examples of PR stunts this year. Both events gained massive amounts for earned media. Brands can view the stunts as examples of what PR can achieve.  Although some people dismiss PR stunts, conducting one that aligns with the brand’s image and gains positive publicity is extremely difficult – but also extremely rewarding in creating greater awareness through earned media.