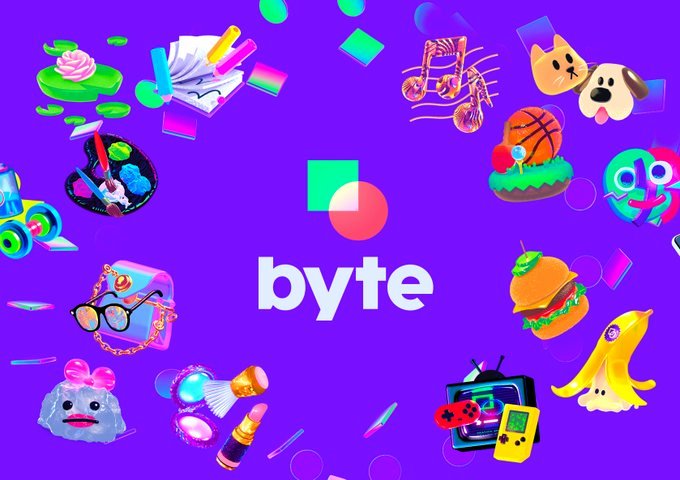 Vine, a defunct but once-popular video app, is back with a new face. Dom Hofman, a Vine co-founder, has launched Byte, an app that’s similar to Vine. Launched just last week, Byte quickly became one of the most downloaded apps, probably due to Hofman’s association with Vine and extensive publicity.

Consumer brands will be keeping a close eye on the new app in hopes of seizing emerging marketing opportunities.

Byte features what Vine was known for: six-second looping videos. It also offers common features of social media apps: a feed of content from people users follow, a search page, a profile page, and an in-app camera.

Hofman and his partners created Vine almost six years ago and then sold it to Twitter, which eventually shuttered it in 2016.  Observers blame neglect by Twitter and competition from a rising Instagram for Vine’s demise.

Byte will face tough competition from Instagram and several short-form video apps like Dubsmash, Triller, Firework and Facebook’s Lasso. TikTok, which has grown explosively to more than 1.5 billion users worldwide, may be its main competition. In addition, Byte at least so far lacks the augmented reality filters, transition effects and other bells and whistles common with contemporary video apps. It also struggled to contain spam after its debut.

However, Byte has three factors working it its favor:

Nostalgia. Former Vine users feel a great longing for the app. Many, including top Vine creators, immediately got the app and began posting videos.

Creators. Byte says it plans to soon pilot partner program to pay creators. That could encourage new and previous Vine users to get the app and give it a competitive edge. Short-video apps like TikTok lack monetization options for creators, also often called influencers.

Many popular creators on those apps have tried to transfer their audiences to YouTube where they can earn advertising revenue, as TechCrunch points out. By introducing a partner program to pay influencers early on, Byte might attract and keep influencers. Recruiting those top creators could also open influencer marketing opportunities for brands.

“If Byte can successfully bring back some of the creators that got their start on Vine, they’d be able to attract a slightly older audience segment than TikTok currently occupies,” says Iris Hearn, an account executive at marketing agency IMPACT. “Byte can help capture a demographic of slightly older millennials that may not be using TikTok, but would find Byte’s content appealing.”

If their marketing campaigns don’t reach the desired demographic on TikTok or Snapchat, for instance, brands find more success on Byte, Hearn says.

Bottom Line: The six-second looping video app Vine has emerged in a new incarnation as Byte – and it’s attracted massive publicity on trade pubs and social media. Though Byte faces increased competition, it has the pedigree to attract the types of consumers that marketers crave.