Why Brands Must Pressure Social Networks to Combat Hate Speech 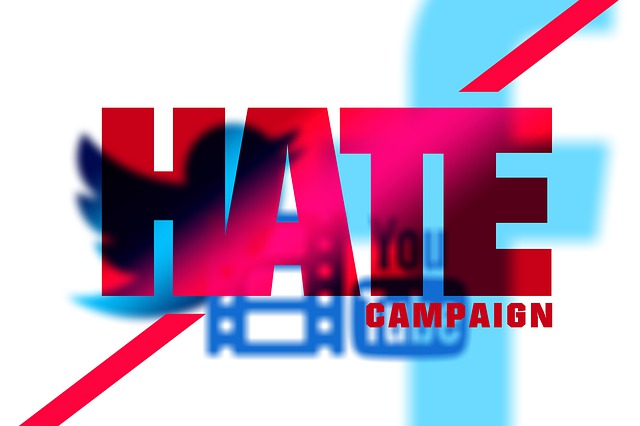 Social media networks are placing a renewed emphasis on combatting hate speech. If successful, the initiative could transform social media into a safer and more civil space.

Together, the steps taken by social networks are extensive and unprecedented. Even if the platforms don’t completely eliminate hate speech, social media may become more welcoming places. Brands will face less danger of being associated with hate speech, and a burst in social media activity may ensue.

Brands have an important role to play in eliminating hate speech on social media – and here’s why brands need to act.

More than two-thirds of consumers expect brands to shield them from offensive content, according to the 2018 Edelman Trust Barometer Special Report. Many people say hate speech, in addition to cyberbully and fake news, has damaged their trust in social media. Many have responded by deleting their accounts or spending less time on networks.

Close to half of the study’s 9,000 respondents see brands as complicit in social media ills: 48 percent say it’s a brand’s own fault if its advertising appears next to hate speech, violent or sexually inappropriate content; 47 percent believe that points of view that appear near a brand’s advertising and marketing are an indication of that brand’s values.

“Consumers expect brands to have values, not just a value proposition,” states Richard Edelman, the president and CEO of Edelman. “That means consumers are looking for brands to act to improve social media because the power of the advertiser exceeds that of the individual.”

Steps against Hate Speech and Harassment

Reddit updated its policies on hate speech and banned more than 2,000 subreddits in an effort to contain hate speech and racism. The decision followed an open letter from a group representing hundreds of Reddit moderators that urged Reddit to take more action against racism and hate speech.

Twitter is adding warning labels to some of President Trump’s tweets. In one well-known example, it added a warning label to a Trump tweet about protests against police brutality, saying the tweet violated its rules against glorifying violence. Users can still see the comment but must click through the warning label.

Twitch, an online gaming platform owned by Amazon, suspended Trump’s account for “hateful conduct.” One of the streams was a rebroadcast of Trump’s infamous rally where he said that Mexico was sending rapists to the United States. The move was part of its larger effort to eliminate harassment on the platform.

Tumbr announced it will also remove the reblogs (repostings) from any blogs that were suspended for violating its policies around hate speech. Already, the company says it’s identified nearly 1,000 blogs that were banned for blatant violations of its hate-speech rules.

The Stop Hate for Profit campaign organized by Anti-Defamation League, the NAACP and other civil rights groups urges businesses to pause Facebook advertising until it takes substantial steps to root out hate speech. More than 400 corporations including Unilever, Volkswagen and Microsoft have embraced the campaign and say they will pause Facebook advertising for at least 30 days, beginning July 1.

Some advertisers expect the problem to escalate during the presidential election campaign. They have expanded the pause beyond Facebook and are temporarily halting advertising on all or most social media networks through the end of the year. The financial pressure exerted by brands on social media platforms may finally persuade social networks to take responsibility for eliminating or at least minimizing hateful speech on their platforms. A successful outcome will make social media a better place for all. More than 400 brands have joined the advertising boycott. All brands can contribute to the effort.

Bottom Line: Facebook, Twitter and other social media networks have long been criticized for tolerating hate speech and harassment on their platforms. Many are finally taking more meaningful steps. If public pressure on them to stop hate speech continues, social media may become safer for consumers and more productive for brands.