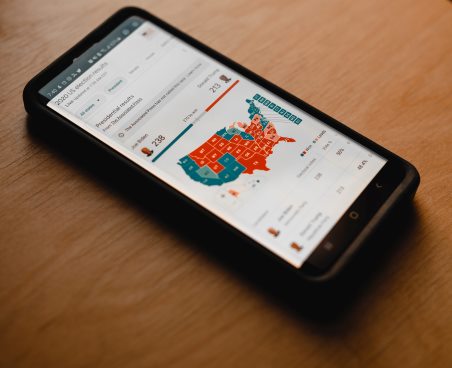 Photo by Clay Banks on Unsplash

As election officials counted votes from the 2020 election, political pundits analyzed mistakes and successful tactics of opposing political campaigns. PR and marketing experts meanwhile analyzed the election for lessons that can be applied to PR and marketing. Here are a few:

Communications professionals frequently circulate surveys that garner an insufficiently small number of responses — too few to draw reliable conclusions. “Now we’ve all been there. You put out a survey, send a bunch of reminders, and still only end up with 100 responses,” Paine says.

There are a few possible yet inadequate options to the problem: ignore invalid data, draw whatever conclusions you can, include plenty of caveats, or resend the survey.

As television networks tallied election results, they interviewed analysts who saw the same vote totals but presented different reports and conclusions. Why? People tend to see what they want or expect. That’s human nature.

“While you might not be able to stop yourself, you can be conscious of this trap and do your best to avoid it,” writes Lisa Hirst Carnes for ArcStone. “That means not assuming customers will respond to a certain type of content, or that your messaging is working if conversions are happening.”

Drawing conclusions just because they fit your existing preferences or assumptions leads to faulty decisions. Instead, examine the numbers and follow their lead rather than trying to shape them into a direction that makes you feel more comfortable.

A Common Enemy is Your Best Friend

Fighting a common enemy works.  In 2016, Trump won by largely focusing on dislike of Hilary Clinton, built up over her decades in the public limelight. This year, Democrats featured hatred of Trump as their main campaign theme.

Almost every brand, product, and company has the opportunity to position themselves in opposition to something or someone else, says Rand Fishkin, CEO and co-founder of SparkToro. Their conflicts need not be as nasty as political battles. Gatorade made “thirst” and “losing” its enemies. Facebook fought loneliness and disconnectedness.

“No matter what you do, it’s worth evaluating if there’s a common enemy (even if it’s just an ‘old way of doing things’) that can help you stand out from the crowd to create passionate customers and supporters,” advises Fishkin, former CEO of Moz.

Bottom Line: PR and marketing professionals can learn many lessons from the 2020 presidential elections.