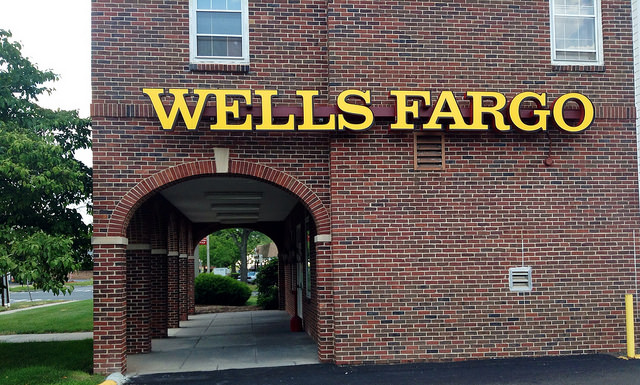 Most recently, Wells Fargo agreed to pay $3 billion to resolve criminal and civil cases. Between 2002 and 2016, the bank saddled employees with unrealistic sales goals that pressured them to push millions of accounts or products onto customers. The employees reacted by creating accounts without customer consent, creating false records or misusing customer identities.

As part of the agreements with regulators, Wells Fargo admitted that it collected millions of dollars in fees and interest that it was not entitled to, harmed the credit ratings of some customers, and unlawfully misused customers’ sensitive personal information.

“Simply put, Wells Fargo traded its hard-earned reputation for short-term profits, and harmed untold numbers of customers along the way,” said U.S. Attorney Nick Hanna for the Central District of California in a US Department of Justice Statement.

The fiasco has earned Wells Fargo thousands of extraordinarily negative media mentions in the world’s largest news sources. The widespread publicity will cause deep-seated reputational problems for many years. When a Wells Fargo wealth manager recently solicited my investment account, I told him I would never do business with an organization that had acted like Wells Fargo. I will remember that vow even if over time I forget the reasons behind it. There are undoubtedly millions more like me who will never consider banking with Wells because of their toxic culture and failure to immediately take action to fix it. It’s unlikely that Wells Fargo stock price will reach previous highs for many years, punishing its investors (including Warren Buffet).

Wells Fargo’s PR problems are not over. More Congressional hearings will likely grab headlines. House Financial Services Committee  Chairwoman Maxine Waters (D.-Calif.) blasted the $3 billion penalty as “disappointing” and said the committee will release results of its investigation next month.

Much Could Have Been Avoided

The bank could have avoided much of its pain with a better PR crisis management response, commentators say. In addition, better corporate governance may have avoided the scandal entirely. Crisis management experts and other pundits say the Wells Fargo’s missteps offer multiple lessons:

Act immediately. The company should have attacked its phony accounts scandal immediately, Warren Buffet, chairman and CEO of Berkshire Hathaway, told CNBC. “They had an obviously very dumb incentive system,” Buffett said. “The big thing is they ignored it when they found out about it.” Ignoring those bad practices was a “total disaster.”

Connect the dots between corporate policy and employee behavior. Managers and internal auditors warned senior executives that unachievable sales quotes were causing problems. But their warnings were ignored or dismissed as actions of a few low-level employees. Testifying before Congress after the story broke in 2016, then-CEO and President John Stumpf seemed to blame 5,100 low-level employees who were fired. He never acknowledged the role of corporate policy and executive decision-making in setting unattainable sales quotas as the ultimate culprit.

Even after the news broke, the bank was slow to change its sales quota policies. The delay betrayed a lack of understanding of the drivers of the employee behavior and the need to correct the underlying causes.

Bring in outsiders. In severe PR crises, an independent consultant can better scrutinize employee actions and company policies and procedures to pinpoint what went wrong.

“There’s something wrong with Wells on a cultural basis and you’d think they’d need to bring in an outsider to fix it,” said Paul Miller, an analyst with FBR Capital Markets, during an earnings call, Reuters reported.

After a long delay, Wells Fargo fired Stumpf as CEO, but it promoted Timothy J. Sloan, who had worked for Wells Fargo for 29 years. After Sloan was unable to fix the mess, the bank finally invited an outsider, former CEO of Bank of New York Mellon Charlie Scharf, last October to cleanse the organization and restore a sense of trust. Earlier appointment of an outsider as CEO and possibly replacing directors on the Board would have signaled that Wells was truly addressing its operational problems.

Give a clear apology. Promptly provide a definitive and sincere apology without excuses and without attempting to downplay mistakes or improprieties. Judging from its initial statements, the company hoped the issue would simply fizzle out. The company’s initial statements merely said it “regrets” what happened. The company waited weeks before it issued a written apology to customers in a full-page newspaper advertisement. Stumpf didn’t say he was “deeply sorry” until grilled by the Senate Banking Committee.

Consider your audience. Its statements following revelations of the bogus accounts were dry and sterile and probably conceived for regulators, writes Cheryl Snapp Conner, founder and CEO of SnappConner PR, for Inc. Design your response for your customers and employees and perhaps secondly for your investors and board. Make statements sincere, authentic and believable. In order to do that, it’s necessary for management to own the problems.

Emphasize CSR. At least Wells Fargo has increased its corporate social responsibility (CSR) activities in recent years. It provided $23 billion in financing in the first year of its $200 billion sustainable finance commitment, it announced last August. In addition, the Wells Fargo Foundation made a $10 million grant to the National Association for Latino Community Asset Builders to support lending to minority-owned businesses. Continued emphasis on CSR may improve its reputation over the long term.

Wells Fargo could have avoided loss of trust if it had promptly taken these PR crisis management steps. It could have kept many customers and Stumpf may well have kept his job by recognizing the seriousness of the problem, issuing a sincere contrition and promise to correct the issues, and by taking clear-cut actions to change the culture.

Bottom Line: Wells Fargo continues to struggle with reputational challenges as regulators levy severe financial penalties and politicians scrutinize its misdeeds. Its travails provide valuable PR and corporate management lessons on how to prevent and mitigate a business and PR crisis.