9 Sneaky Media Interview Tricks and How to Respond to Them 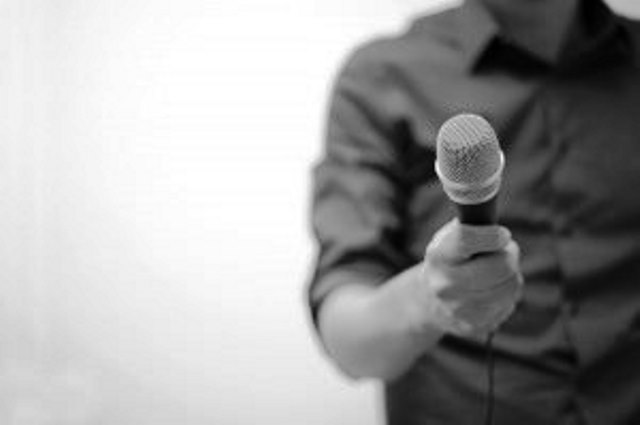 Reporters sometimes use sneaky interview questions and tricks that can catch corporate communications spokespersons off guard, resulting in replies they later regret. Most journalists don’t ask guileful questions or use underhanded tactics, but PR spokespersons and corporate executives still should be on the lookout for interview ruses some reporters use.

“Can you guarantee …” BBC television host Andrew Marr recently asked British cabinet member Michael Grove if he could “guarantee” that teachers would be safe from Covid-19 when they return to classrooms. Grove answered “yes” then elaborated on the response. Big mistake, especially for an experienced politician, says media trainer James White of Media First. Under further questioning from the broadcast journalist, Grove backtracked. Subsequent headlines emphasized Grove’s U-turn.

The question is a common media interview trap that even experienced spokespeople get caught in. Giving a guarantee feels bold and assertive, but such promises are virtually impossible to keep with any certainty. Conversely, saying you cannot provide any guarantees also leads to negative headlines. The solution, White says, is to shift the conversation to what you realistically can attain. Grove could have guaranteed that the government and schools will do everything possible to minimize risks and then given examples of steps taken and planned. If the journalist repeats or rephrases the question, repeat the approaches and methods you can guarantee.

Off the record. Some reporters request information off the record and then publish the information anyway. Sometimes they never intend to keep the answers private. Sometimes remarks are reported by mistake if the interviewer, interviewee or both misunderstand when the off-the-record session ends. Respond with a simple, “I won’t go off the record.” Consider everything, even post-interview banter, as on-the-record. Follow that recommendation for remote interviews. Assume that you are being recorded once connected and remember that the interview hasn’t finished until you hear someone say that you are ‘clear’ or the connection ends. Remain seated and continue looking at the camera even if you think the interview is over, White advises.

“Just between you and me …” This is a variation on the off-the-record request. Reporters try to act as your confidant. Respond by asking for clarification if they’re asking for information off the record. Then decide on your course of action.

“One last thing … ” The reporter asks a critical question as they head to the door after you thought the interview was over. The television character Lieutenant Columbo used this trick in almost every episode. The detective concludes the interview, says goodbye then as he’s walking away says: “Oh, just one last thing.” Remember, even if the TV crew has packed up the lights and the camera, the interview is never over until the inquisitor is out the door.

“Who’s going to tell me about this if you don’t?” Don’t feel obligated to answer. Decline to comment if necessary, but explain why you can’t comment rather than responding with a simple “no comment.” “If you decide that you don’t want to talk about a sensitive subject that’s confidential, proprietary or off-limits, that’s the reporter’s problem not yours,” says Joan Stewart, PR and publicity expert.

“Don’t you think it’s terrible that …” This is a way for a reporter with an agenda to steer you in the direction he or she wants you to discuss. Respond by saying, “That’s not how I feel” or “Your assumption is incorrect.” If appropriate, state you how really feel, Stewart writes in Entrepreneur.

Deadline pressure. Reporters may use the pressure of a last-minute call before deadline to prompt you to reveal something you normally would not. Don’t let the reporter transfer his/her stress to you. Be helpful and be calm, advises Jessica Killenberg Muzik, vice president, account services, at Bianchi Public Relations.

Reference check. An unscrupulous reporter poses as a personnel manager or a credit agent and calls former employers, colleagues and customers, disguising the call as a background check. Make sure you know exactly whom you are talking to and what organization they represent. If you are wary, ask for a call-back number and check it out.

Odd-hour calling. Reporters may call in the early morning, during lunch or after hours to catch you off-guard. The obvious solution is to always be on guard when talking with media representatives. Don’t hesitate to say you need a few moments to collect your thoughts or formulate an answer. Say you’ll call back in 10 minutes and follow through.

Pregnant pauses. Reporters often pause after getting a response to a question. Some people feel compelled to fill the uncomfortable silence even when they have nothing more to say. Inexperienced spokespeople fill the silence with unprepared material, rather than letting the key message stand on its own. In these cases, do not go off message. Ask the journalist if /they have any additional questions, and remain in control, advises Strategy Corp.

Bottom Line: Corporate PR staff and executives can protect themselves and the organization by knowing what sneaky interview questions and techniques some reporters might try. Learning common interview tricks and how to handle them can prevent corporate representatives from making inappropriate comments or divulging information they later regret.