Facebook’s New PR and Branding Strategy: Exploit Goodwill of Its Other Apps to Boost Image 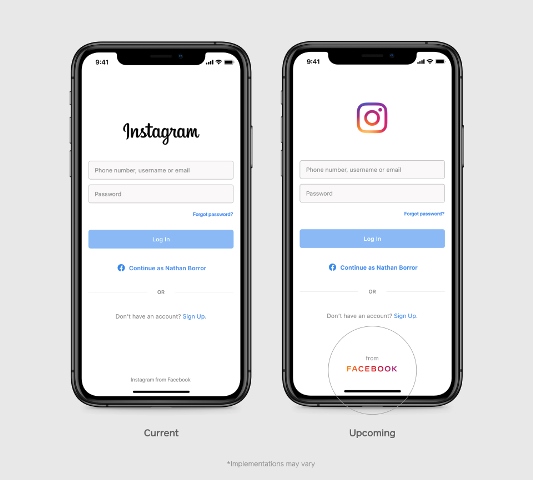 Facebook hopes its new rebranding will increase understanding of its many apps and boost goodwill. Reactions to the new logo and rebranding effort announced last week have been varied – ranging mainly from unenthusiastic to ridicule. Some commentators said the new logo is meant to distract you from its problems. Others said it will surely solve all of Facebook’s problems – with obvious sarcasm.

The new logo features the word “Facebook” in all capital letters in a new font. The GIF alternates between blue, green and hues of purple, red and orange — colors that represent its other brands.

The new branding will include “from Facebook” (with the company name again in capital letters) on all the Facebook’s many apps, including Messenger, Instagram, WhatsApp, Oculus, Workplace, Portal and Calibra. The logo will better distinguish the company from the app of the same name.

The new branding better communicates the company’s ownership structure to its users, states Antonio Lucio, chief marketing officer in the company blog. “People should know which companies make the products they use,” Lucio says.

Facebook will start to include the new brand within its products and marketing materials, including a new company website over the coming weeks, Lucio says. There’s no explanation how the GIF’s shifting colors will appear on printed materials.

As for aesthetics, other than the varying colors, the logo is unexciting. Jacob Kastrenakes at The Verge correctly describes the new logo as a “bland and generic font that looks like it would fit well on a credit card.”

Trying to Hide from Problems?

Given Facebook’s numerous recent controversies over data breaches, proliferation of fake news and misinformation, and its refusal to fact check political ads, any rebranding would surely be called an attempt to hide from its problems behind a new logo.

Lucio told Bloomberg that Facebook considered changing the parent company’s name, but decided against it because it didn’t want to appear to be hiding from its problems. Instead, Facebook hopes goodwill felt towards apps like Instagram and WhatsApp will rub off on the parent company, even if the images of the other apps suffer.

While perhaps cosmetic, the rebranding is a symbol of Facebook’s growing dominance of the once-independent apps it purchased. Facebook continues to integrate and remake the apps in its own image. As their autonomy diminished, the co-founders of Instagram and WhatsApp departed within the past 18 months.

“Your brand isn’t something you stick on a website or on a business card. Your brand is the way people feel about your company,” Aten says. “No logo is going to change that, especially after weeks of bad press and public embarrassments.”

As Facebook faces ongoing scrutiny over privacy issues, anti-competitive concerns, and fake news and misinformation, its image is deteriorating.

Facebook’s main problem is that CEO Mark Zuckerberg doesn’t see Facebook as it is, but only as he imagines it to be. “That’s a problem, and it’s not one you can fix with a new logo,” Aten concludes.

Bottom Line: PR and marketing professionals can examine Facebook’s new rebranding effort as a case study in rebranding. Rebranding often aims to transfer respect felt toward the parent company to lesser-known subsidiaries. Facebook seems to attempting the reverse. Facebook hopes to boost its image by publicizing its connection to Instagram, WhatsApp and other popular apps it owns.