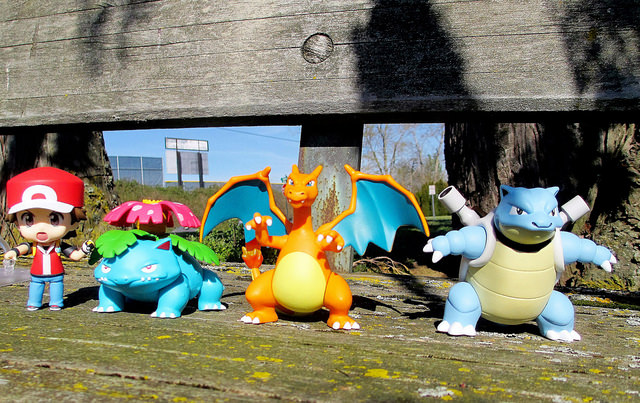 Since the Pokémon GO exploded into popularity this month, marketers have been busy attempting to capture marketing benefits and lessons from the augmented reality game.

Players hunt animated Pokémon creatures that appear on their phone screens. Different types of Pokémon appear on the phones based on the time and the players’ locations. Players can find a wide range of virtual creatures almost anywhere including parks, offices, grocery stores, bathrooms and even strip clubs.

The game has been downloaded more than fifteen million times and is already on more than ten per cent of all Android phones. Average play time is 43 minutes, longer than social messaging apps such as Messenger and WhatsApp.

“As marketers today, we tend to look digital first, but great experiences can and should connect both physical and digital,” writes Tom Edwards, chief digital officer for Epsilon’s agency business, for iMediaConnection.

Word of mouth. Word of mouth was instrumental in growing the game’s popularity. Despite the prevalence of digital marketing, consumers can still create viral sensations through word-of-mouth. Much of the word-of-mouth took place in social media.

Nostalgia. Many adults have fond memories of Pokémon, which dates back to 1995. Nintendo revitalized that consumer base while simultaneously introducing new, younger users to the community. “Think about your youth and what was popular then: Pogs, yo-yos, choker necklaces, slap bracelets, etc. Are these products something you can incorporate into your next promotional lineup?” recommends Hannah Abrams, senior content editor for Promo Marketing

Collecting. The game’s success shows that people enjoy collecting and quest-based objectives that deliver rewards. Collecting, scavenger hunts and puzzles can increase engagement and word-of-mouth conversations. “Pokémon GO demonstrates how successful this approach is, especially when you make the experience fun and relevant to the user,” says digital marketing agency Whereoware.

Exercising in the real world. Pokémon GO requires players to go out into the real world to play. It also requires some exercise; most players walk around towns and parks to play (though some players drive around slowly). Producing games and events that move people from their homes into commercial districts benefits retailers and other businesses. It also benefits zoos, museums and other nonprofit organizations.

Beware of following the crowd. It’s easy to become enamored with the latest popular topic. “Though marketers should always be innovating and exploring new opportunities, focusing your strategy around “the next big thing” is a recipe for failure,” Whereoware warns. “Instead, implement technologies or tactics that fit your business needs or have a desirable application for your audience.”

Bottom Line: The phenomenal success of Pokémon GO reveals many insights into the human psyche and key marketing lessons. Although most businesses cannot develop their own augmented reality game, they can incorporate these lessons into their own marketing campaigns.