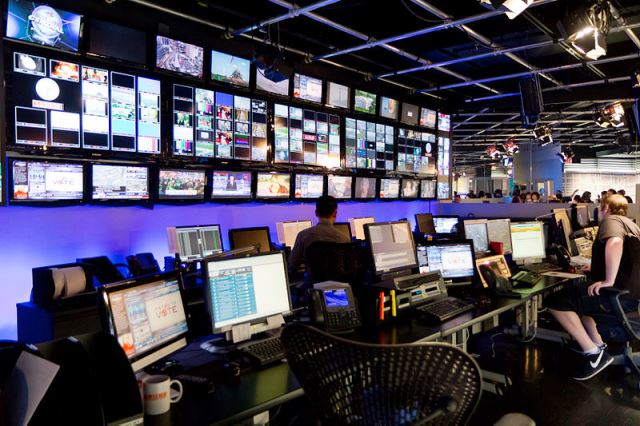 Public relations professionals have turned their attention to online news and social media, but new research finds that Americans – especially older ones – still prefer to watch rather read or listen to news. And they get that news from television.

Most Americans who prefer to watch the news opt for television as their primary news platform, according to a new Pew Research Center survey of 3,425 adults.

Overall, 47% of Americans prefer watching the news rather than reading or listening to it, compared to 34% who prefer to read the news and 19% who prefer to listen to it. The figures remained essentially unchanged since 2016.

Despite many recent online news video initiatives and the fact that nearly all adults get at least some news digitally, people who prefer to watch their news still also prefer television as their main platform for news. Among the roughly half of U.S. adults who prefer to watch their news, the vast majority – 75% – prefer television, while 20% prefer the web.

The takeaway for PR: TV remains a valuable publicity channel, especially for news with a visual hook. PR would be wise to consider network and local television when developing PR strategies. Creating compelling visuals and human emotion are the keys to getting earned media placements on TV broadcasts.

“Television is still the most influential medium, reaching millions of viewers every day,” states broadcast media search engine TVEyes in its Broadcast Monitoring for PR Agencies playbook. “With television exerting this much influence, can you afford to be without broadcast monitoring in your agency? Without it, you’ll miss new business opportunities and underserve your clients. Even worse, you may put them at risk of a crisis.”

The Pew survey also reveals that most of those who prefer to read their news prefer the web to receive news (63%); 17% prefer a print product. About half (52%) cite radio as their preferred platform, 21% name television and 20% like the web.

The survey does reveal a gradual trend of more people watching news online. One-in-five news watchers now name the internet as their preferred platform, compared to 12% in 2016.

The portion of readers and listeners who prefer the web has not changed significantly since 2016, when a majority of those who prefer to read their news (59%) already named the web as their preferred platform.

Bottom Line: Television remains a favorite channel for news consumption, especially among older adults and those who prefer to watch news reports. That means TV is still a value public relations channel and that it’s essential for companies to include television in their media monitoring plans.