Why Storytelling Matters in PR – and How to Do It Well

Why Storytelling Matters in PR – and How to Do It Well 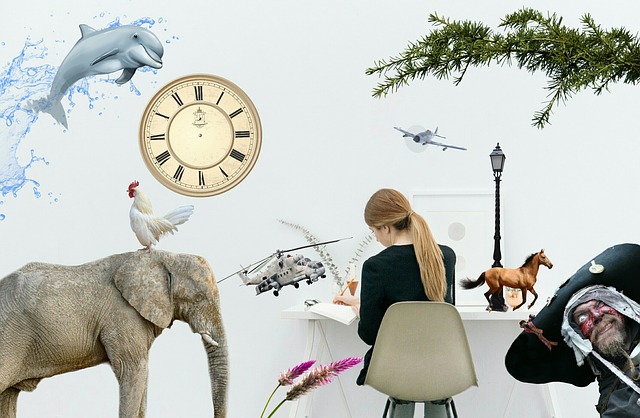 Mehmet Erdoğan, digital communications professional for UNDP (United Nations Development Programme) Eurasia relates the story of what happened when he took his disabled mother to vote in Cyprus. Because the building’s inadequate infrastructure prevented wheel chair entry, she could not cast her ballot. Outraged, Erdoğan wrote an op-ed of the incident that went viral online. Support for his mother coalesced into an activist group that successfully lobbied the UN to pass the Convention on Disability Rights.

Hard work helped, but the story about his mother was the main reason for the group’s success.

“Here’s what I learned. If we want people to pay attention to our work, we need to tell more stories, and we need to tell them better,” Erdoğan writes. “When you tell good stories, you help audiences bond with your brand.”

The human brain is hardwired to love stories. Stories convince and move people far better than statistics. Stories are the universal communications technique from myths to Facebook posts.

How to Create First-Class Stories for Business and Non-Profits

Don’t start a story with “Let me tell you a story.” Instead, Smith suggests saying: “As some of you know, something really important happened last week and it completely changed how I think about running this department. I thought I’d tell you about that . . .” And don’t ask permission or apologize beforehand. That tells the audience you don’t value the story. If you do think your story is important, just tell it.

Consider video. When we think of storytelling, we usually think of words. But videos may tell stories even better. Even a short video without a single spoken word can be powerful, Erdoğan says, as this video from Save The Children demonstrates.

Make the stakes high enough. “There’s an old Hollywood nostrum that, if a scene is dragging, you introduce a gun. That immediately raises the stakes, because someone could get killed,” says Nick Morgan in the Public Words blog. “How can you make your story about life and death?”  To be effective, a story must be emotionally involving.

Tell your own story. Telling a story about someone else’s experience lowers the value of the story. Telling someone else’s story isn’t as powerful as telling your own, says Jay D. Krasnow, a public affairs professional, in his post 10 Essential Elements of a Successful Story posted on govloop.

Speak the truth. The truth is more effective than fiction. If people later learn that something isn’t true, you’ll lose credibility and authority.

Teach a lesson. What is your point? If you tell a story and your listeners wonder “What was the point?” then you’ve lost a lot of credibility, Krasnow says. You’ve also lost the opportunity to drive home your message. Let your listeners know how you or your organization changed because of the experience. What did you learn?

Incorporate the five C’s. Include circumstance, curiosity, characters, conversations and conflict, urges John Bates, CEO of Executive Speaking Success.  Circumstance provides context by setting the scene and revealing vital information. Curiosity prompts the reader or viewer to continue. Characters in conversation keep the audience interested. Conflict is the most important element of a story.

Employ proven formulas. Rather than creating a storyline from scratch, consider archetypical plots that storytellers have used for millennia, such as a quest, rags to riches, or rebirth. Whatever the story, chances are that its plot fits into one of these categories. Basic storylines have been used many times throughout the years in fiction, journalism and promotional pieces. PR, corporate communications, and marketing writers only need to pick the basic plot that best meets their needs, tweak it, and adapt it to tell their specific story.

Include data. Data-driven storytelling adds credibility, improves chances for media placements and reveals insights. It’s essential to use the right combination of data and storytelling. Data can overwhelm an audience (especially in video), and the data itself seldom is the story. Some data-based writers recommend focusing on one or two key statistics and one key chart or graph.

Visualize data. Charts, graphs and other types of data visualizations present numbers in ways that viewers can quickly comprehend. The value of each type of data visualization varies depending on the story and the information you want to explain. Line charts, area charts and bar charts are best for showing trends over time. Bar charts are ideal for comparison and ranking. Data visualizations don’t have to be extremely sophisticated or beautiful. Simply designed graphics are often the most effective.

Solicit employee stories. Company employees likely have plenty of stories about company products and services. The challenge is to uncover those employee stories. Introducing yourself to different groups during lunch and explaining your quest can uncover marvelous product stories.

While conducting research many years ago for a film on the accomplishments of Bell Laboratories, the former AT&T research arm, I asked a research manager: “If you had my assignment, what story would you tell?”

He reached into the bottom drawer of his desk, pulled out a circuit board and said: “I’d tell about this.”

The thing-a-ma-jig he held was the first charged couple device, the semi-conductor used then to capture images in cameras, camcorders, copiers, scanners – and, yes, the old-fashioned video phones. His team at Bell Labs invented the device. It was a seminal invention in electronics and communications. The story of its invention and the researchers who invented it became a focal element of the film to demonstrate the innovative scientific and engineering prowess of Bell Labs. Because of its storytelling, the film won a number of awards.

Bottom Line: Storytelling can move and motivate audiences, but only when done right. Just calling a sales pitch or product description a story won’t impress anyone. These tips from leading storytellers can help you craft stories that both captivate and educate audiences.