Tricks of the PR Trade: How to Get Journalists’ Attention 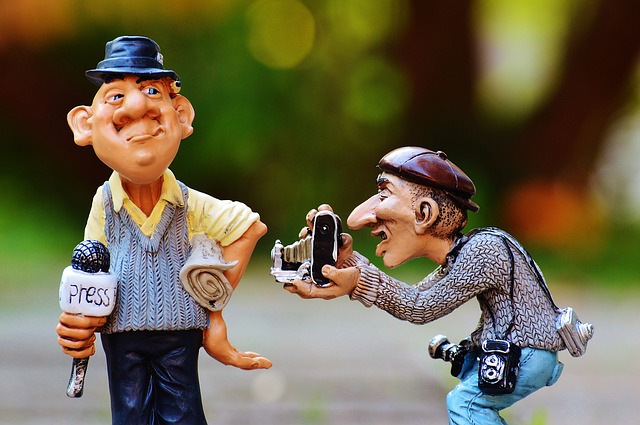 While savvy PR professionals track how often their brands are mentioned on social media and online news sites, journalists also track mentions of their articles.

Most journalists (72 percent) say they track how often their stories are shared online, according to a new Muck Rack survey. That means media relations pros can gain journalists’ attention and appreciation by sharing their articles on social media and including favorable comments. Sharing positive news articles also helps promote your organization.

To make it easy for journalists to notice you’re mentioning their work, PR pros can include the Twitter handles of reporters and their news organizations in tweets.

Although reports may have accounts on a range of networks, that doesn’t mean they use them for work. They tend to consider Facebook a forum for personal networks.

“Personally, I only use Twitter for work,” Mica Singleton, reporter for The Verge told Sprout. “I’ll Tweet out some of my pieces, but not all of them. On the rare occasion, I’ll DM [direct message] a potential source on Twitter if I can’t find their email otherwise, but that barely ever happens.”

The best way to befriend journalists on Twitter is to respond to their tweets, journalists told Sprout. Offer something first, such as industry information or access to executives. Social media is a two-way street.

When and How to Pitch to Journalists

These are other findings of the Muck Rack survey.

When to pitch. Contact journalists early in the day if you want to pitch successfully. Most journalists prefer to receive pitches before 11 a.m., including 27 percent before 9 a.m.

Be succinct. Some journalists say they reject pitches because they’re too long.

Avoid the phone. Only 11 percent of journalists say they like receiving pitches via phone, and 72 percent say they absolutely do not want to be pitched over the phone.

Beware emoji. Most journalists (80 percent) do not want pitches with emoji’s.

Experts also urge PR to document contact endeavors and monitor and measure placements of press releases and brand mentions to record successes. Effective media measurement that tracks data such as the number and reach of placements, social media shares, and inbound traffic to your company’s website can help PR gain influence within the organization.

Bottom Line: Journalists will probably notice when PR pros share their articles on Twitter. Although the journalists may not always follow sophisticated measurement practices, they typically track shares of the articles. That means engagement on Twitter, journalists’ favorite network, can be key to developing media relationships.