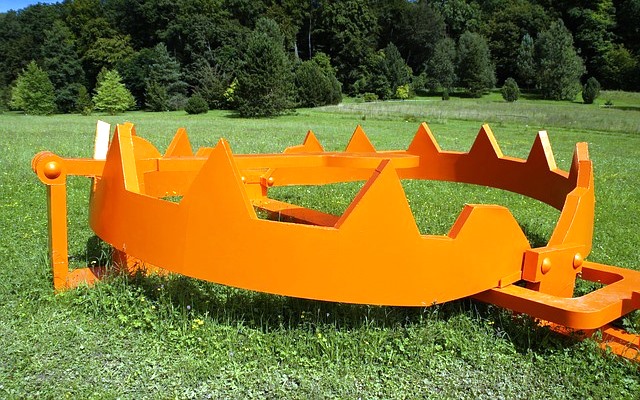 As a PR and marketing metric, impressions represent the number of POTENTIAL viewers. Viewers don’t need to click on a link or otherwise engage with the content. In fact, potential viewers don’t even need to see the content to be counted as an impression. In addition, one person could have multiple impressions for a single piece of content, unlike reach which counts the total number of unique viewers.

The impressions metric doesn’t necessarily mean that everyone, or even anyone, remembers the message. The truth is that impressions have absolutely nothing to do with the number of people who have actually seen the story.

The report we received for our recent news release on Fake News claimed 218 placements with 81,403,105 impressions. Here’s the problem: There is no way to get to the article in those 218 placements unless you know the link in advance. In most cases, the article link does not appear in any menu structure of the website. As a result, website users have no way to access the story – except through the search function. And to search, they need to already know that the story exists on the site.

So, the effective impressions equal zero for the automatically published online media placements. Maybe it’s not zero impressions altogether though; our report showed our release received 1,203 views, including the views on the site of the press release distribution service. That number is a much more accurate portrayal of the actual number of people who viewed the article – but it’s still overstated because it almost certainly includes visits by bots.

The far lower number of media placements reported by your media monitoring and measurement service (provided it’s not the same company as your press release distribution service) is the far more accurate measurement of your actual media relations success.

It’s not always clear what an impression is or why it matters. Some folks believe impressions don’t matter at all.

Impressions do matter for marketing and PR measurement, at least somewhat, says Christopher Penn at Shift Communications. They measure the top of the sales funnel, but they’re only a start. Unfortunately, some advertising and PR measurement efforts stop at impressions and don’t follow through with other metrics such as engagement (clicks, comments) and conversions.

Publishers’ pass-along rates inflate the number of impressions by two or three times or more based on the media outlet’s average sharing rates. Some PR people conjure up multipliers ranging from 2X to 10X. You can call it fuzzy math or fuzzy logic or both, says Tim Marklein, founder and CEO of Big Valley Marketing.

“Multipliers are the scourge of media measurement, taking an already inflated notion like impressions to a laughable extreme where PR people proudly claim that their campaign ‘reached’ billions of people,” Marklein says.

Kevin Foley, owner and CEO of KEF Media, bemoans how his firm lost a satellite media tour to a competitor that told the client it could guarantee 300 million impressions. A number that nearly equals the population of the US. By comparison, the highest rated TV show, America’s Got Talent, has 11.6 million viewers. Another problem with the competitor’s offer: There are no “guarantees” for earned media.

It’s not the first time PR agencies have inflated impressions to win or impress clients. If data shows that an audience of 35,000 in Kansas City saw a spokesperson on a morning TV show, a PR agency may assert the outlet delivered 350,000 viewers.

PR professionals have an obligation to avoid such inflated and flawed media measurement numbers. Using such ridiculous numbers undermines the credibility of PR.

“What public relations professional or corporate communications manager thinks it is even possible to deliver hundreds of million impressions for a routine PR story? It might be possible with some earthshaking announcement, but not for a tour featuring a makeup artist flogging eyeliner,” Foley says. Such phony numbers may find their way up the client’s chain of command and be exposed by a savvy brand manager, he adds. Those responsible may lose their credibility and even their account or job.

The Washington Redskins once claimed that 7,845,460,401 people — more than the entire population of the world — read about their training camp over a period of about three weeks. The team’s media monitoring service multiplied the times a story appeared in media outlets or websites by the outlet’s number of visitors provided by comScore, explains PR measurement expert Katie Paine of Paine Publishing. The number of website visitors never equals the number of people who viewed a particular article.

Such exaggerated impression figures can give PR a bad name, Paine says. “Secondly, they probably don’t do anything useful, third, they are misleading. If you need one more reason, people will make fun of you.”

Bottom Line: Impressions, one of the most common PR and marketing metrics, offers limited value and is often misunderstood and misused. The data it produces are utterly flawed. Applying multipliers can produce ridiculously exaggerated numbers. Well-informed and ethical measurement experts urge PR pros to seek alternative metrics and avoid multipliers.