The Takeaway for PR People from the Mueller Report: Never Lie 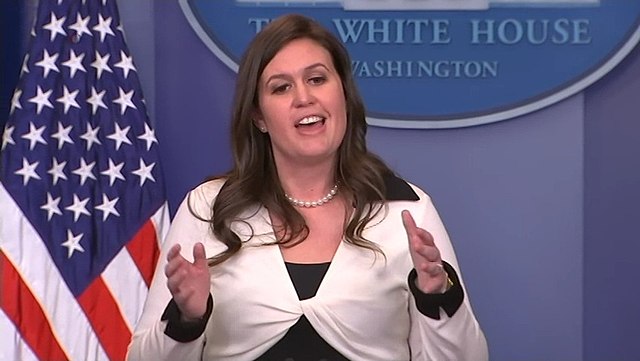 During her tenure as White House press secretary, Sarah Huckabee Sanders’ relationship with the media during her briefings has been less than cordial.

She has been accused of berating reporters, dodging questions, giving incomplete answers, calling printed stories and questions from the press “outrageous,” and accusing certain publications of promoting an anti-Trump agenda by deliberately printing unsubstantiated stories, even though the Mueller report showed that almost all the reporting was accurate.

Then on April 18, when the Mueller report became public, it was revealed that it wasn’t the press that was printing lies about president Trump. It was Sanders who told lies to the press.

The report revealed that Sanders saying she heard from “countless members of the FBI,” was not true. She also told Mueller investigators that saying that the rank-and-file FBI agents had lost confidence in former director James Comey was a figment of her imagination.

Her first comment, said Sanders, “was a slip of the tongue.” The second comment, she said, was made “in the heat of the moment.” In other words, she admitted lying to the press at least twice that we know of.

Sanders has said that President Trump has never told her to lie. Here’s the problem: When someone is caught in a lie, even if they subsequently tell the truth, there is good reason to believe that they are still lying, based, as they say at the race track or Wall Street, on past performances.

PR people do not have the best reputation for truthfulness with the general public and the media, our most important community. Over the years, journalists have accused PR people of acting like Ms. Sanders – protecting their clients by telling half-truths, misleading statements and outright lying.

In our business being caught lying to a reporter can have a devastating effect on a career.

Why PR People Should Never Lie

Here are nine reasons why PR people should never lie:

The End of Credibility

When Sarah Huckabee Sanders’ lies became public, it was reported for several days in press stories. Likewise when Hope Hicks told the House Intelligence Committee that she had told white lies on behalf of President Trump. Not receiving as much press coverage as Ms. Sanders and Ms. Hicks admissions was that Sean Spicer was also caught lying when he was the White House Press secretary. As a former reporter before jumping the fence to the public relations side, I believe their credibility as new sources is now zilch.

Experience shows that there are several ways to lose credibility with the media:

The  way to build credibility and trust with the press is to be totally transparent, tell the truth and all of the truth and do so promptly.

Lying to the media is never a good tactic. Just ask Ms. Sanders, Ms. Hicks and Mr. Spicer because whatever they tell the media will now be suspect.