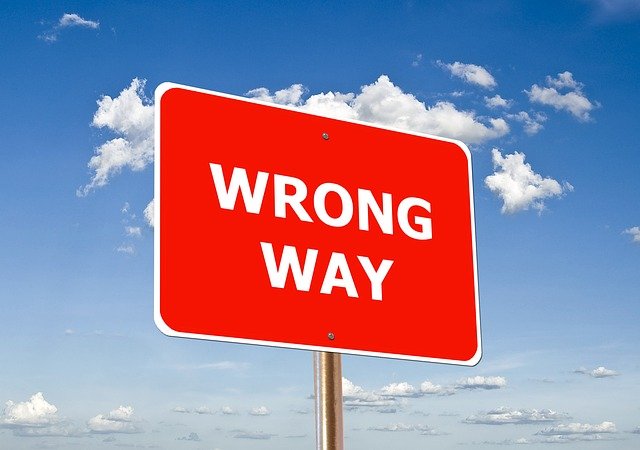 There have been a bevy of major PR blunders in 2020, some of them carryovers from previous years, like Boeing and Wells Fargo. There have also been new minor ones, like Major League Baseball’s sign stealing scandal.

The Biggest Blunder Trophy, if there was one, goes to President Trump for his handling of the coronavirus epidemic. His statements congratulating himself for keeping the death rate from the coronavirus at only more than 200,000 (as of Election Day), ties with the most uncaring remarks by a president since Andrew Johnson held the position. His uncaring public statements probably cost him the election.

Trump committed one of the biggest PR blunders in history by keeping the seriousness of the coronavirus from the public for many weeks. The president exacerbated the problem by ignoring a basic rule of how to respond to a PR crisis: Don’t think you can talk yourself out of a PR crisis. Get the bad news out ASAP and then give detailed plans how you are going to correct the situation.

In addition, much like Nero who allegedly played the fiddle while Rome burned, Trump was photographed playing golf while people died from Covid-19.

PR Lesson #1: When drafting speeches or even talking points for clients, include empathetic statements.

PR Lesson #2: Clients sometimes lie and make statements to the media that will be ridiculed. Don’t defend such statements. If you do so, the media will consider you a lackey.

PR Lesson 3: No matter what your title, you can’t get the media to bend to your will. Trying to do so will only result in additional negative publicity.

PR Lesson #4: During a PR crisis the CEO must never be photographed enjoying himself. When people are suffering, the CEO must express empathy and forgo good times.

The day before the opening of the Republican National Convention, Trump called a press conference to announce emergency authorization to treat COVID-19 patients with convalescent plasma — a move he called “a breakthrough.” The problem was that medical scientists disagreed about the efficacy of the treatment. Even FDA Commissioner Dr. Stephen Hahn, who hailed the announcement and appeared with the president, conceded that more research was needed. Instead of being accepted as the medical breakthrough, the decision was criticized by medical scientists as not being sufficiently scientifically vetted. Trump’s announcement led to negative news coverage throughout the GOP convention.

PR Lesson: Before you announce an “approved,” a “better” or a “major” product, be certain that you have the facts to back it up. The press will check.

Lack of a Consistency and Truth

A key rule of responding to a PR crisis is to have a consistent truthful message. Trump broke that rule. Instead of immediately announcing a worst case scenario plan if needed, early on, he labeled the coronavirus a “Democratic hoax” and blamed the media for causing needless alarm.

PR Lesson: When a PR crisis develops, never try to downplay it because that causes media distrust and leads to greater negative coverage. Do the opposite of Boeing, Wells Fargo, the National Football League, Major League Baseball, and the White House. All prime examples of how not to act during a PR crisis.

On July 13, media reported that the White House disseminated information regarding comments about the coronavirus made by Dr. Anthony Fauci. The White House comments were later proven wrong. For example, the White House cited a Feb. 29 interview during which Dr. Fauci said, “At this moment there is no need to change anything you’re doing on a day-to-day basis.” But multiple print and TV news shows pointed out that was not Dr. Fauci’s full statement, which said, “Right now the risk is still low, but this could change.”

PR Lesson: Never disseminate misleading statements. Once they are fact checked and found to be false, whatever else you release will be treated with skepticism by the media.

During a major spike in Covid-19 infections, the White House ordered hospitals to send Covid-19 patient information to a central data base in Washington, not open to the public, instead of to the Centers for Disease Control and Prevention, as was the normal procedure for years. The decision caused health experts to oppose the change, fearing that the data would now be politicized.

PR Lesson #1: Change a program mid-way if it’s not working. But when doing so, always be prepared for opposition and have a solid reason, and replacement ideas, for marking the change.

PR Lesson #2: Do not make a change in process that can be interpreted as an attempt to hide information that should be public.

There were many more political and government PR blunders in 2020 at both the national and state levels. For the remainder of this article, we’ll concentrate on business PR blunders.

A journalist can make a career writing exclusively about PR blunders of the National Football League (although it might require working 24/7 for years). The latest was when Andrew Berry, the Cleveland Browns general manager said, as reported in the New York Times on Jan. 13, “We welcome Myles back to our organization with open arms.” The NFL had reinstated defensive back Myles Garrett, who had been suspended indefinitely for pulling off the helmet of a player and hitting him in the head with it. Previously, in the same season, he was fined for punching a player.

PR Lesson: If you are an outstanding talent who can help the company, many transgressions will be forgiven.

New York Mets player Jeff McNeil was carted off the field after crashing into the fence when making a catch in a game. Media reports said that the Mets restricted him from talking to the media after the game, a major blunder considering that baseball, as do all sports, depend on media coverage for publicity.

PR Lesson: Good press relations is gained by meeting the press during good and bad times.

NBC scheduled an Oct. 15 Town Hall featuring President Trump at the same time as the previously scheduled ABC one with Joe Biden – a major blunder. The Comcast Corporation subsidiary received negative media coverage for the scheduling because viewers had to choose which program to watch.

PR Lesson: In order to get maximum media attendees at an event, always make certain that there is not a competing event happening at the same time before scheduling the event.

Rudy Giuliani provides a template for how easy it is for a PR person to tarnish a good reputation with the media. For years he was known as “America’s Mayor,” for his skillful leadership after the 9/11 terrorist attacks. But he lost respect because of his misleading statements in defense of Trump, and he lost what was remaining of his reputation because of his fabrications of why Trump lost the 2020 election.

PR Lesson: A PR person can make many different types of blunders. A frequent one is for an account person to disseminate false information on behalf of a client, mistakenly thinking it will show loyalty. Losing trust with the media can derail a PR practitioner’s career and certainly will result in the PR pro getting a negative reputation with the media.

A fourth down and a 1000 yards to go blunder by the University of California for revoking the athletic scholarship to football player Henry Bazakas for opting out of his final season because he feared getting the coronavirus and bringing it home to his elderly parents and others.

PR Lesson: UC provided a lesson that everyone in our business should remember. In the final analysis, past performances take a back seat with management that is only interested in “what did you do to help us today?” When management promises you something, remember this quote from Niccolò Machiavelli: “The promise given was a necessity of the past: the word broken is a necessity of the present.”

On Dec. 9, The New York Times ran a huge article, beginning on page one and continuing for another entire inside page, titled, “How a Vaccine Front-Runner Fell Far Behind.” The article detailed how during a phone call with the Food and Drug Administration an AstraZeneca representative failed to mention that the company halted its trail of the vaccine after a participant in the study fell ill. When the illness of the individual became public, it resulted in concern at the FDA and has derailed its early acceptance of the vaccine.

PR Lesson: Failure to divulge complete information, whether by design or accident, can result in a lack of credibility for you or a client. A good way to prevent this from happening is to prepare a list of topics you want covered during discussions and make certain that each has been covered.